By Hilary K, with thanks to Sidney Sayers' family for providing the documents from which to write this story 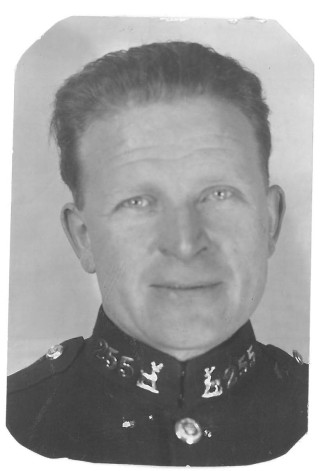 In September 1930, a young farm worker left Thetford, Norfolk, to take up a position in the Police Force in Hatfield. At 21 years of age, Sidney Sayers was to be paid 50/- per week while training, rising to 70/- on being posted for duty.

He was given a card to be carried in his police pocket book which gave instructions on the particulars required for the report of a crime, and instructions for making out personal descriptions. Click on the thumbnailto open the full-sized document 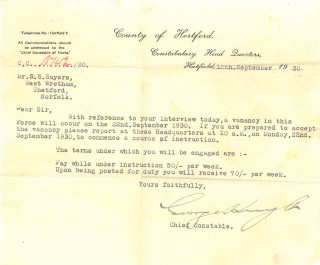 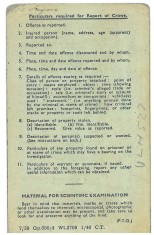 During a successful 5-year period in Hatfield he was twice commended.

In 1932 he arrested two men on charges of possessing housebreaking implements by night, and stealing bicycles. Three years later, he arrested another two men for the unlawful possession of a large quantity of cigarettes, etc, valued at £300. It was subsequently found they had been stolen from a warehouse in Bedford.   Click on the thumbnail to open the full-sized document 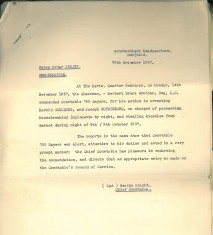 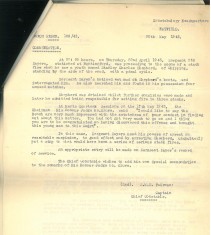 Stack Fires
Constable 255 Sayers moved from Hatfield to Stevenage, and on promotion to Sergeant in 1940 he was further posted to Buntingford. While there he received another commendation, this time for preventing what could have been a series of serious haystack fires. Sayers had been on his way to a stack fire when he spotted that a young man standing at the side of the road had wet mud on his boots. The youth was detained, and after further enquiries the lad admitted setting fire to 3 stacks. 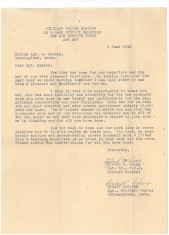 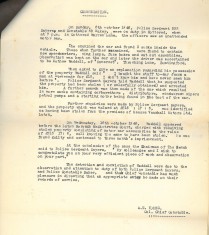 Car Parts
In 1946 Sayers moved back to Stevenage, where he received another commendation. He and a colleague were suspicious of sacks in an unattended car in Cottered; they were found to contain new speedometers, wing lamps, fuse boxes and cut out assemblies. When the owner of the car arrived they found more sacks in the boot; these contained carburettors, distributors, windscreen wipers, petrol pumps and a starting motor !  The owner said he’d bought the goods for £15 from a man in Stevenage who he didn’t know and had never seen before. The property was found to be worth almost £217, and had been stolen from Messrs Vauxhall Motors Ltd in Luton. 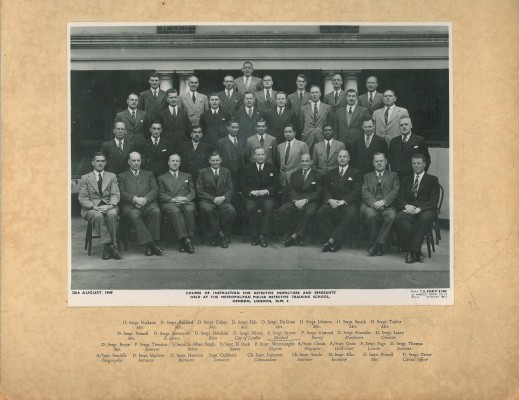 After passing the final exams in the theory and practice of Criminal Investigation he moved to Hoddesdon. At this time he was also a Civil Defence instructor for Hertford Division.

As well as his commendations he held the Defence Medal and a long service and good conduct medal. According to an article in the local paper at the time of his retirement he was a keen gardener and bee-keeper and sang tenor in Hoddesdon Choral Society.

He went on to take up a post in Bishop’s Stortford as caretaker of the Civil Defence headquarters. 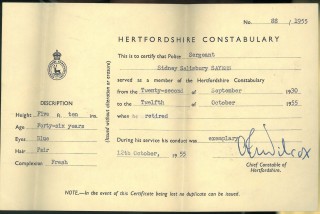