Killed on duty at London Colney, 1924 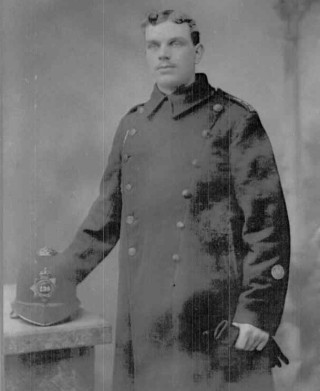 Charles Edward Godfrey, joined the Hertfordshire Constabulary in 1912. On Friday 12th April 1924 he was on duty at London Colney, engaged in the stopping and checking of vehicles for travelling criminals. Godfrey and his colleagues were plotted up on the main road from London and it had been his task to check driving licences. As he did so, a passing lorry accidentally crushed him against another vehicle. He was rushed to St Albans hospital but died later that evening.