The first female officer in Hertfordshire to complete 25 years’ service. 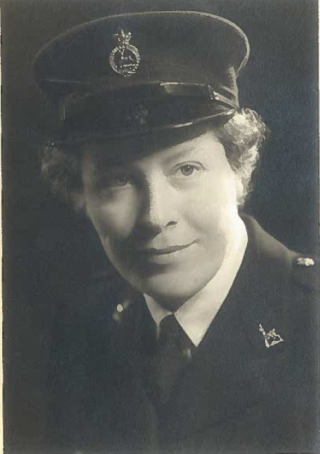 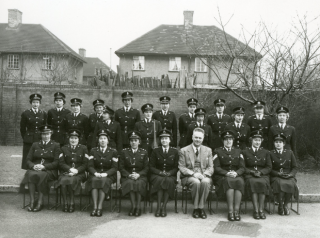 Officers of the constabulary’s Women’s Department, photographed with Chief Constable A.F. Wilcox circa 1950. (Margaret is seated on the front row, first from the left)
Hertfordshire Constabulary Historical Society 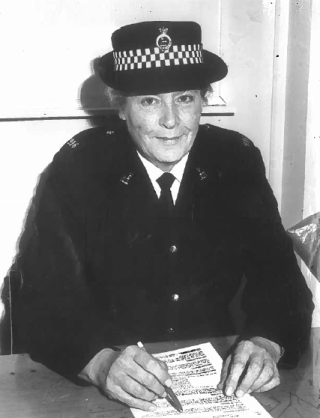 Margaret Quinn, shortly before her retirement in 1973.
Mary Quinn

Margaret Quinn was born in County Cork, Ireland on 17th April 1921. At the age of 22 she moved to England and briefly worked at the Hill End psychiatric hospital in St Albans. It was whilst working here that she realised how rewarding work with disadvantaged children could be and decided to join the police.

Margaret joined the Hertfordshire Constabulary on 23rd September 1948. She was allocated warrant number 16 and was initially posted to St Albans. Two and a half years later she was posted to Hemel Hempstead and allocated the Adeyfield beat. Margaret quickly gained the respect of the local people and was a familiar sight in the area, patrolling either on foot or on her bicycle.

In 1954 she was interviewed for a local newspaper, in which she gave a rare insight into her work. The article’s author summed up his meeting with Margaret as follows: ‘Underneath her austere uniform beats a heart of gold: Her apparent severity is the result of her conscientious desire to do her job properly and to serve those around her. What a pity that many who need her help so much sometimes spurn it and resent what she is trying to do for them’.

In 1970, Margaret’s long and exemplary service was recognised with the Police Long Service and Good Conduct medal, which at that time was awarded to officers after 22 years’ service. She retired two years later, on 11th October 1973, having completed twenty five years’ service with the constabulary. She was the first woman to do so. She remained in Hemel Hempstead and lived in Adeyfield until her death on 24th February 2004 at the age of 82.

“You must have a liking for it. I see such tragic things that it makes me think I have a lot to be grateful for, but it’s a wonderful job and I never regret joining the force. When I go home to my flat I shut the door on the outside world and try to forget it, but I find it very hard to forget the kids. Grown-ups can look after themselves, but many children haven’t got a chance”. Pc 16 Margaret Quinn – speaking about her work in 1954.