By Hilary K, with thanks to the Fuller family for providing photos and documents 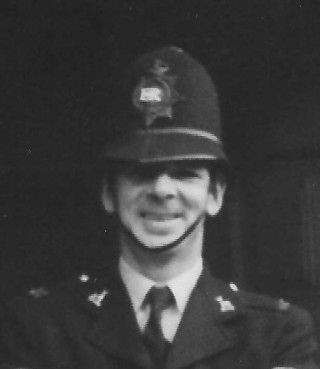 Gerald Leonard Fuller was born in 1925 and joined the Hertfordshire Police Force at the age of 23.

His Service record shows that he was just over 5 ft 9, with hazel eyes and a scar under his left eye. 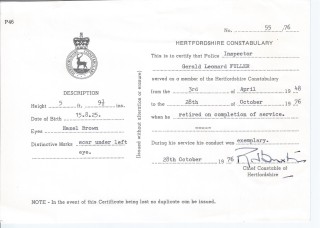 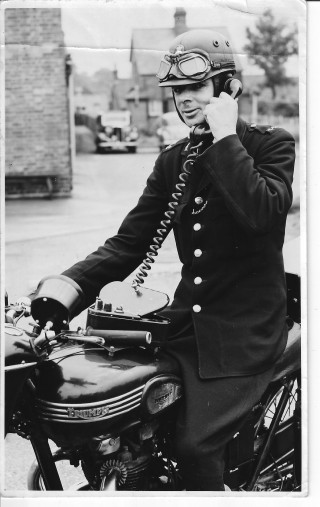 While still a Police Constable, probably in the late 1950s or early 1960s, he was photographed for the London Evening Standard riding the first wireless-equipped motorcycle to be used in the Hertfordshire Police. PC Fuller carried out his road-patrol duties on the bike for a month’s experimental period. 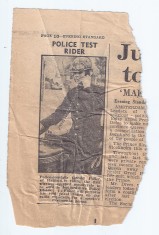 Shortly after this he was promoted to Detective Sergeant. 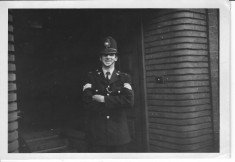 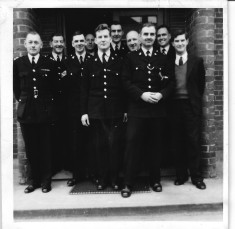 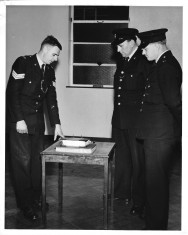 Course photo from the Detective Training School in Hendon. Fuller is in the back row, third from right 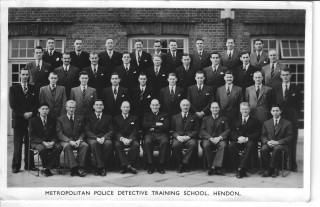 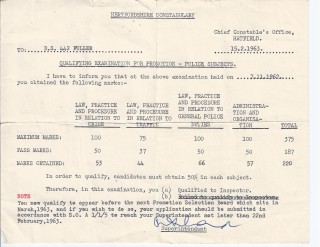 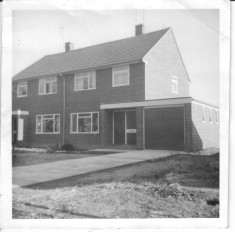 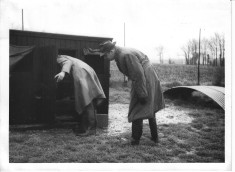 ...and the police are looking into it
After a successful career of 28 years in the Hertfordshire Police, Inspector Fuller retired in October 1976, with his conduct during service being given as exemplary on his retirement certificate.
Tags
Bishop's Stortford (146)
PC Fuller (2)