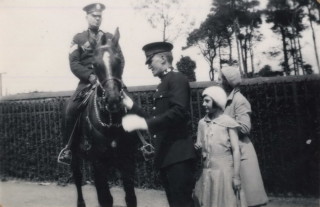 P.C. Chisman, who has been stationed at Ware Police Station for some time, was promoted to Sergeant this week.

He will now serve under Inspector Draper at Hoddesdon as mounted patrol.  P.S. Chisman was formerly in the 7th Royal Fusiliers and had seen foreign service.