Neil Hamilton with thanks to Peter Boylan 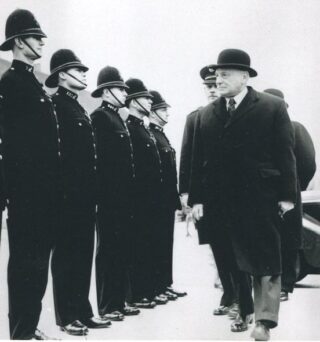 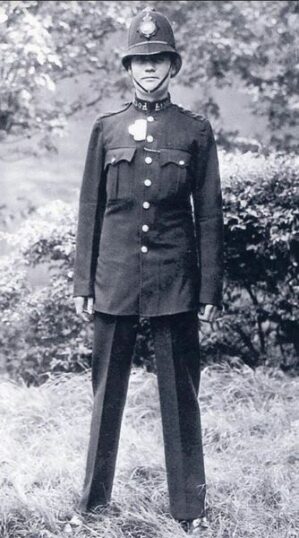 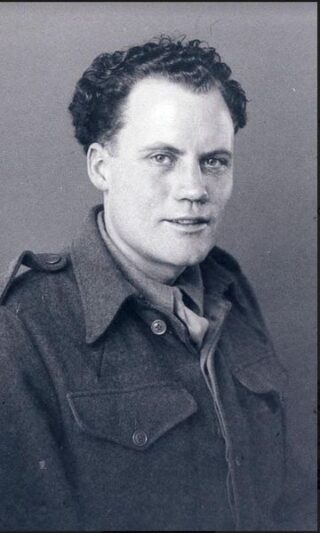 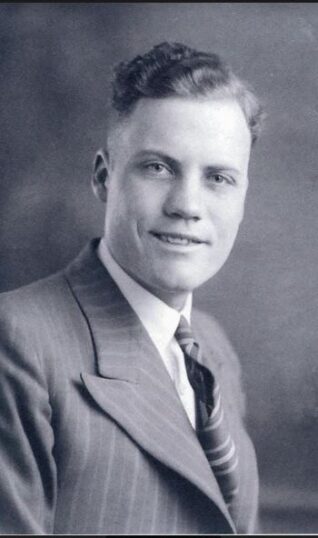 Since organising a 40th anniversary celebration to commemorate the opening of Oxhey Police Station in January 1953, I’ve had a copy of the press photo showing the honour guard out front being inspected by Lord Chief Justice Goddard (only weeks since he sentenced Derek Bentley to death and a couple of days after he was hanged).  The officer second left is Albert Henderson Phillips PC 130.  I had a long chat with him on the phone when he was unable to make the function. He was the Carpenders Park Officer for a number of years, a position I took up in the 80’s.  Anyway, thought I’d try to find out more about Albert and contacted the local history society in Braughing where he was born and later died and received this terrific reply from Peter Boylan plus three photos of Albert who’d left the force to fight in WW2 then returned to the force afterwards.

Albert’s funeral was held at St Mary’s Church, Braughing on 30th October 2002. He was born in Braughing in 1915, in the same house in which he finally died. Albert was the eldest of three children. After school in the village, he worked in a shoe shop in Ware, at Braughing Bury, and then at Furneux Pelham brewery, where his father also worked.

He joined the Police at Watford shortly before the Second World War. Early in the war he volunteered for the army. He saw service in North Africa and Italy and was slightly wounded at Monte Casino, as a result of which he was hospitalised in Egypt, where he caught typhoid and was invalided home to Bishops Stortford. On demobilisation, he re-joined the Police. (Interestingly my dad fought in North Africa and Italy and was wounded at Cassino!)

In 1947 he married Pat Vernon in North London. They lived near Watford, then at Hertford, and later at Sawbridgeworth. After retirement from the Police, he worked in the Traffic Wardens’ office at Bishops Stortford for 15 years. They returned to Braughing in 1966 and lived here together till Pat’s death in 1974.

Albert was devoted to the Braughing branch of the Royal British Legion, where he was a member of the service committee and served for a time as Secretary. He was a horse racing enthusiast, a shrewd betting man, with a real passion for horses. Being an ardent royalist, part of the appeal of racing was its reputation as the sport of kings. He used to go to Newmarket in parties from the village.

He went to the Apton Road Day Centre every week and through Ware’s town twinning had contacts with Walfarth in Germany. He supported the Cricket Club and belonged to the Braughing Society (with whom he spent his final evening), and to the Horticultural Society – presenting their prizes last year and winning with his leeks as recently as last month.