You are here: Home>Police History>Dogs, Horses and Vehicles Used by the Hertfordshire Constabulary>Police Aircraft>Halsey, Frederick, Sergeant and the Herts Police Flying Club.

from photos and information provided by his son, John Halsey 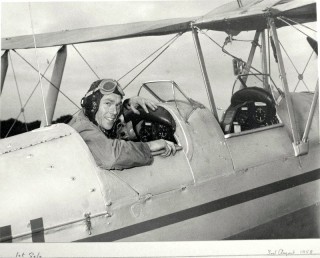 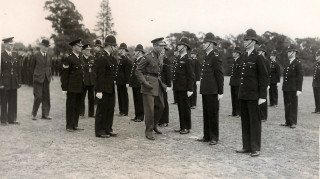 P.C. Halsey was a keen photographer, and in 1953/4 he joined the Photographic Department at Headquarters in Hatfield. While there he was promoted to Sergeant. He became a fingerprint expert and was involved in some notable crimes.

In September 1956 the Herts Police Flying Club was formed at Panshanger Airfield. 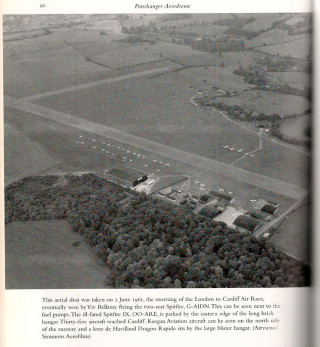 Panshanger airfield, 1961
The club was the idea of a Constable at the local police station who was a former bomber pilot. It had a civilian instructor, and was open to any member of the Herts Police Force, whether or not they’d flown before. The club started out with one dismantled Tiger Moth, without an engine, and an uncompleted club house. 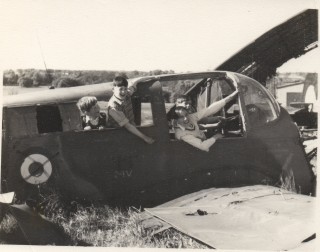 Playing at the airfield
John Halsey remembers playing cricket or football with his brothers at the airfield (or even playing in the old WW2 plane bits lying around) while his father flew or worked on the club house. 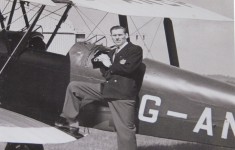 Frederick Halsey and the Tiger Moth 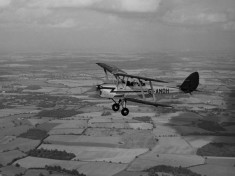 Sgt Halsey qualified for his Private Pilot’s Licence on 3 August 1958.

He mainly flew the Tiger Moth, G – ANOH, and with his pal Ken Green went on trips around the UK and even ventured across the channel into Europe a few times.

The Tiger Moth was also used for aerial photography and police searches when required. 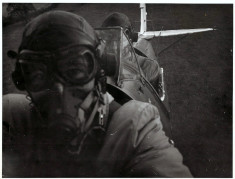 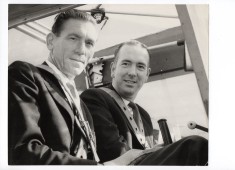 Frederick Halsey and Ken Green in the Sea Otter

Some years later the Tiger Moth was changed for a converted Sea Otter, which was far more comfortable for pilot and passenger.

Sgt. Halsey had to stop flying when his eyesight started to deteriorate, but he still went up with other Club members. He retired from the Police Force in 1975 after 25 years service, and lived in North Wales until his death in 2006. 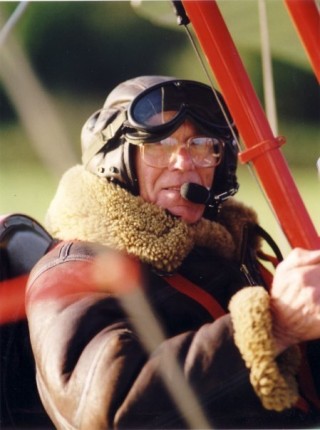 n.b. The Herts Police Flying Club was officially re-born in July 2013 – http://www.policeflyingclub.co.uk/ – and is now at the Cranfield Airfield in Bedfordshire.

John Halsey has uploaded further photos and info on his father’s career, including a couple of famous cases while he was in the Photographic Department.