Paul Watts with thanks to Mick Hall. 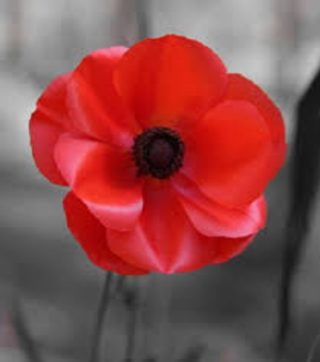 William James Walton Kendall was the son of William Joseph Kendall who, in the 1881 census, was employed as a Shop man for a Grocer In Handsworth, West Bromwich.

On 6th May 1885 he married his mother, Elizabeth Jane Ankritt, at St Peter & St Paul Parish Church, Aston, Warwickshire, at which time he was a self-employed Grocer.

Their first child, Charlotte Catherine was born the same year, and then within a few months he joined the West Riding Constabulary. He was Appointed as Police Constable 884 on the 16th March 1886 (Warrant 4762) and on 22nd April 1886 he was Posted to East Staincliffe, West Yorkshire. However, for reasons not known he resigned his appointment on 15th October 1886.

Again, for reasons unknown they were living in Landport, Portsmouth when their second child William James Walton was born on 6th July 1887. For the birth of their third child, Charles Henry, on 12th June 1889 they had returned north to Cadishead, Lancashire.

In the census of 1891, the family were living at 52, Moss Lane, Barton Upon Irwell, Lancashire and their father was employed as a Time Keeper. Later the same year their fourth child, Cecilia Mary, was born, followed in 1894 by the birth of their fifth child Ruth.

The family were to suffer severely though in 1895 with the death of Cecilia Mary and the children’s mother aged only 28.

In 1898 at Stockport their father got married for the second time to Agnes Emma Walker who already had a daughter Elizabeth. Between 1900 and 1907 they went on to have four more children of their own, Joseph Vernon, Emma, Mary and Alfred.

By the time of the 1911 census the family, without William, had moved to 17, Tonge Street, Ardwick. Their father was still working as a Railway Carter.

Despite the fact the William’s Army Service Record has not survived we know quite a lot of his Military life. It began with his enlistment on 15th July 1906 at Manchester when he joined the 2nd Battalion Grenadier Guards as Private 12821 for 3 years with the colours and 9 in the reserve. He completed his three years’ service and went into the Reserves on 15th August 1909.

Little is known about his life for the following 12 months other than he was apparently an Indoor Servant at Osborne House on the Isle of Wight, which had been Queen Victoria’s Royal Residence. The next major event in his life was when he joined the Hertford County Constabulary.

Part of his Police Service Record has survived so we know the following:

His description was recorded at the time of his medical examination which was conducted on 6th July 1910 as: Name: William James Walton Kendall. Born: 6th July 1887 Landport. Height: 5 feet 9 ½ inches. Chest: 36 ½ inches. Complexion: Fresh. Eyes: Grey. Hair: Light brown. It was also noted that he was able to ride a bicycle and that he could swim.

Having passed the medical, an entrance examination and an interview he would have been told when and where his training would start. At this time new recruits were given their initial training on Divisions, as opposed to Headquarters, so he started his Probation on 1st August 1910 at C Division Watford.

He was Attested as Police Constable 129, age 23, on 6th September 1910 at Watford before Chief Constable Lieutenant Colonel Law, Mr J.C. Benskin J.P., and S.J. Holland J.P., but did not commence duties until 27th October 1910, the date his pensionable service also began.

General Order 39 of 13th November 1910 announced that several officers would receive an increased rate of pay, it also showed that “PC Kendall 129 C is appointed on the strength of the Force on 23/11 per week from 27th October inclusive”.

On 25th November 1910 he passed his Ambulance certificate, an important qualification which entitled him to wear a badge on his lower left tunic sleeve to show he was trained in basic First Aid, but it was also a step on his career development and essential in order for him to qualify for a pay increase.

The men performed duties at Gilfach Colliery as seen below. 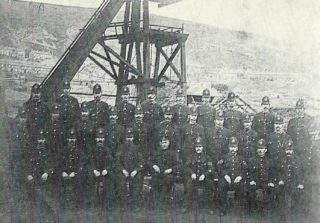 William James Walton Kendall married Margaret Jane Gordine at Hackney on 11th November 1911. He was living at Watford Police Station at the time, but they soon moved into 117, St. James Road, Watford. They had three daughters only one of whom survived infancy. The eldest, Dorothy Irene, was born in 1912 but died in 1913 at Watford. The second was Margaret Ruth who was born 10th January 1914 at Watford and lastly was Elsie who was born on 26th July 1915 and died on 12th December 1917 at Watford.

William was Commended for his actions in a case of larceny.
Commended by Commissioner of Police for the Metropolis for assistance rendered to the Metropolitan Police in case of Rex v. Florence E. Goodenham – Larceny case heard at St Albans Quarter Sessions 15th October 1912. Vide General Order 42/1912.

According to the Electoral Rolls William continued to live at 117, St. James Road, Watford between 1913 and 1915.

General Order 118 of 21st July 1915 is a list of 96 officers, which included the Chief Constable, 43 Constables who were Army reservists who were recalled and 50 Constables and 2 Sergeants who volunteered for military service. William is shown as PC 129 Kendall W.J.W. C Division recalled to 2nd Battalion Grenadier Guards on 4th August 1914.

Army Service In The War.

From his Medal Rolls, Medal Roll Index Card, Register of Soldiers effects, Soldiers Died In The Great War and Commonwealth War Graves Commission records we can see the following:

On 11th October 1914 Private 12821 W. Kendall was reported as “Wounded” in a casualty list. He received a severe shoulder wound and was admitted to the Herbert Hospital, Woolwich on 21st September 1914. He was therefore entitled to wear a “Wound Stripe” as authorised under Army Order 204 of 6th July 1916. The terms of this award being met by him being named in the list.

He recovered from his wound and by the time he was killed in action on 25th September 1918 he had been transferred to the 3rd Battalion Grenadier Guards and promoted to Lance Sergeant. He authorised his effects to go to his sole heir and widow Margaret.

The Commonwealth War Graves Commission records show: “In Memory of Sergeant William James Walton Kendall 12821, No. 3 Company, 3rd Battalion, Grenadier Guards who died on 25 September 1918 Age 31. Son of William Joseph and Elizabeth Kendall, of Ardwick, Manchester; husband of Margaret Jane Kendall, of 117, St James Road, Watford. A Police Constable and Reservist. Remembered with Honour Hermies Hill British Cemetery.” He is buried in Plot 3, Row B, Grave 27. His wife requested the following inscription to be placed on the headstone:
“Lo I am with you always his beloved wife and child”.

Hermies is a town approximately 3.5 km south of the N30 road from Bapaume to Cambrai and it was seized from the Germans on the morning of 9th April 1917 by a surprise attack of the 2nd and 3rd Australian Infantry Battalions. The Allied Forces held it until 23rd March 1918 when the Germans re-took it. They were dislodged in September 1918 and it is during this action that William was killed on 25th September 1918.

Published on the 12th October 1918 in the Hertfordshire Mercury:
“A Watford policeman, a Guards reservist, is killed in action
Sgt. W.J.W. Kendall, Grenadier Guards, killed in action, was a member of the Watford Police Force. Being a reservist, he was called up at the outbreak of war, and wore the Mons medal. He had seen a great deal of service since then, and some time ago was severely wounded in the shoulder. He joined the Hertfordshire Constabulary in 1910 and was very popular amongst his colleagues. Sgt Kendall is the 10th member of the County Force to have been killed, but the first from the Watford Division which has sent 27 men to the Colours.”

General Order 58 of 26th February 1919 announced, amongst many different payments to various widows and Police pensioners, that under The Police Factories etc. (Miscellaneous Provisions) Act 1917, William’s widow Margaret had received £6 16s 0d as a refund of Rateable Deductions taken from his pay. This was because no pension was payable from Police Funds as she was already receiving a War Pension. The amount represented payments made over a period of 7 years 10 months of service.

Published in the Police Review, Volume 63 Number 3267 dated 19th August 1955:
“50 Years Ago. The magazine reported on a Mrs. M. Kendall, the 70 year old widow of a Hertfordshire Constabulary Constable who was killed in action in the First World War in 1918. She had been granted a Police widow’s pension back dated to 1921 and was to receive a lump sum of £1183/0/0. At the time PC Kendall was killed, Police Widows drawing War Pensions were not able to claim Police Pensions and when the legislation was changed in 1921, Mrs. Kendall could not be found. She was eventually traced, and her case reported to the Hertfordshire Standing Joint Committee. Although she was only legally entitled to claim the last six years of her husband’s pension, she was actually granted the full amount.”