John Sibthorp's memories of being a Hertfordshire Detective Constable.

John Sibthorp was interviewed by Mrs Carolyn Downing on behalf of the Bishop’s Stortford Museum's and HALS Oral History Project ‘On the Beat’ (Date Unknown). 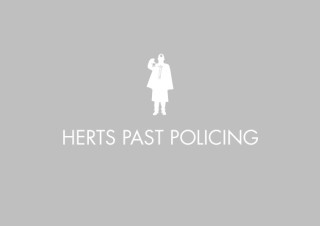 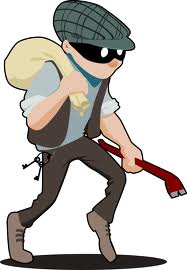 …When I first went to Bishop’s Stortford in 1970, there was a man then who became known as the Key Man and he was a prolific house burglar and no one could ever catch him: it was everyone’s dream to catch him. He must have done hundreds, well he did do, hundreds of burglaries and he never got caught, but when I came back this time, back to Bishop’s Stortford, one night, a PC who has been called to Dunmow Road where someone was interfering with lorries in a ‘lorry park’.

Anyway, I went there and couldn’t find anyone and that was it. But there was a used-car lot there then and the PC was mooching around the used cars and he saw a guy walk past him and this guy had just done a burglary. So he said “Oh, excuse me, can I have a word?” and the bloke ran, so he chased him and, during the chase, he discarded a bag of tools, really interesting burglar’s tools. Anyway, the bloke said, he said “I’m a car mechanic, I work at home at night because I can’t sleep and I needed a distributor cap so”, he said, “I went out to steal one, I put my hands up to it, fine, and I’ll admit it all in the morning when the CID interview me”.

Anyway, when they interviewed him and looked at his tools, he had a pair of long-nosed pliers which had been filed down, needle-sharp, and these were what had been used to break into people’s houses. In those days, there weren’t that many plastic back doors, they were nearly all wooden with a key and if you locked your key, if you locked the key at night, most people never took the key out, so he would grab it from the other side, turn it, come in, usually take money from women’s purses and go out and lock the door behind him, so in many cases, people didn’t even know they had been burgled. They knew there was money missing but they didn’t know how it’d happened. Members of the family got the blame and wives had their bank accounts stopped because their husbands said they had spent too much money.

Anyway, I knew it was him straight away, so I went in and shook hands with him and said “I’ve wanted to meet you for years” and he more or less admitted it, but he just sort of smiled and we knew then that was him. So we did a deal with him. He lived at home on his own, with just his cat. He hated people and we allowed him to go home every night and each morning we picked him up and he’d go out and show us the various houses he’d broken into. We’d give him lunch at the Police Station. For some reason, he liked the prisoners’ meals and then take him home and this went on for weeks and on our very first day, we stopped in a road in the Town and we said “Which ones did you do?” and he said “It would probably be easier if I tell you the ones that I haven’t done”.

He did something like 3,000 burglaries and then, eventually, he also went further afield to Loughton and Watford and, at some stage, the Chief Constable said “That’s it, you’ve got to stop; enough is enough”. Again, I got a Commendation for that because he’d been, probably, the most prolific house burglar we’ve ever had in the County. He went to prison for 6 years and he did write to me in prison and the very last paragraph of his letter was “They must have known I was coming because they’d taken the keys out the locks!”