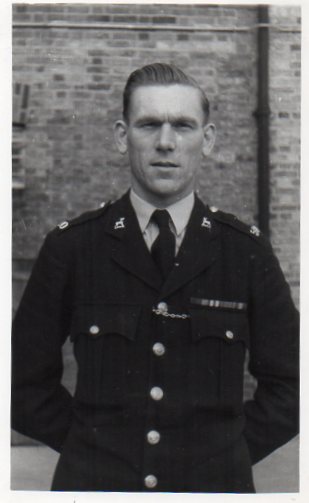 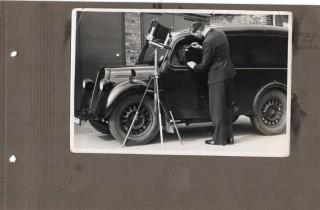 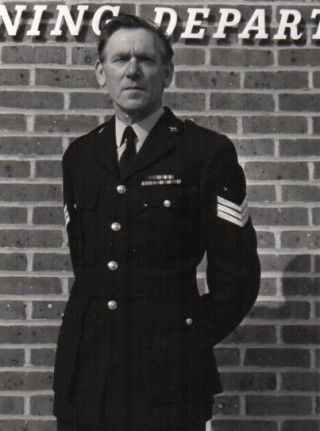 My father, Frederick Edward John Halsey, joined The Herts Constabulary in 1950.  He did his training at Eynsham Hall, Witney , Oxfordshire.


He was stationed at Berkhamsted until he joined the Photographic Department at Hatfield Police Headquarters.  He was promoted to Sergeant and did most of his service in this capacity.  He worked on the Great Train Robbery even taking photograph of Linslade Farm from the flying clubs Tiger Moth. He also took photographs of Harry Roberts’ hideout amongst the many cases he was involved in over the years.

Some time in the 1970’s he was transferred to the Training Department before finishing his service at Stevenage Police Station in about 1976.

Attached is a photograph of him in uniform in 1950. The picture was him fingerprinting a van in 1959 (which in fact was the photographic department vehicle.) Finally a picture of him outside Headquarters Training Department in the 1970’s.