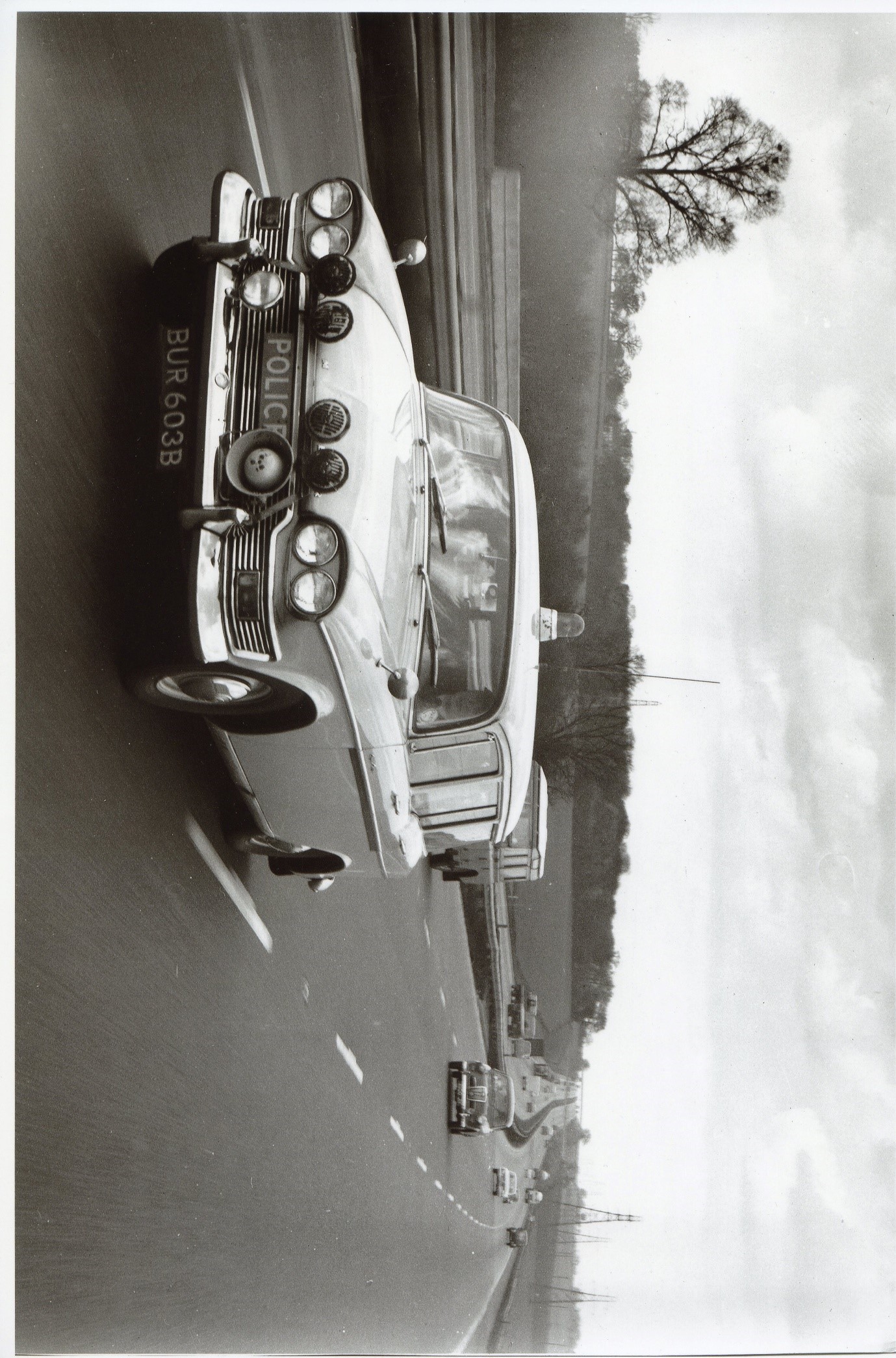 A constable at Hertfordshire Quarter Sessions was rewarded for his Great Gallantry in arresting a man with a gun at a Watford Ballroom. Mr Peter Crowder, the Chairman ordered that Pc Geoffrey Thompson be given £5, the highest amount a Quarter Sessions Court is empowered to give.
Watford observer

Stevenage police station was evacuated when a pensioner walked in and told them he had a World War II bomb in his car. A part of the Hertfordshire town’s centre was cordoned off as police ofﬁcers stopped using radios in case an explosion was triggered. Car engines were turned off and an area around the police station was closed off while the WWII shell was made safe by a bomb disposal squad. The man who took the shell to the police station said a veteran soldier had given it to him and he had stored it for years behind his garden shed. A Hertfordshire Police spokesman said: “The shell was about three to four inches long and about one inch in diameter. We set up a cordon and moved people out of the front of the police station and out of the reception area. “The man was given the shell by an old soldier friend and he wanted to get rid of it. I hope that anyone else who ﬁnds unexploded ordnance will leave it in place before calling for police help.”

40 YEARS OF POLICING THE M1

To celebrate 40 years of policing the M1 in Hertfordshire, a reunion will be held on Friday 29 October, 1999, at 7.30pm at Police Headquarters, for any serving ofﬁcers who have patrolled the M1 Motorway and likewise any retired ofﬁcers. Entrance is by complementary ticket, which includes a light buffet. Tickets can be obtained from Constable Clem Froy at North Watford on extension 2384. In addition, a 40th anniversary tiepin has been made and is available at a cost of £1 each from Clem Froy. (General Order 39 of 1999)

On September 30, 1945, the Perth to Euston express came off the track at Bourne End near Hemel Hempstead after crossing a set of points too fast. 39 people were killed in the tragic accident.

The ﬁrst University Graduate accepted to the Force under the graduate entry scheme was appointed on 30/9/1971 & posted to Watford.