You are here: Home>Crimes and Incidents>Offences Against Property>Threatening another to commit a crime doesn't alleviate the guilt

Threatening another to commit a crime doesn't alleviate the guilt 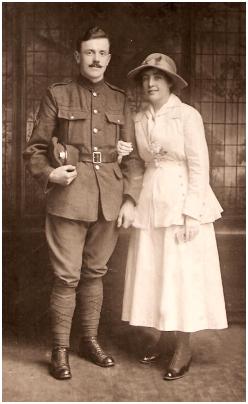 Henry John Roberts (24), a private in the Warwickshire Regiment, and his wife Gertrude Roberts (21), of Hertford, were charged at Clacton-on-Sea Petty Sessions on Monday with stealing a Post Office Savings Book, a wedding ring, and other property, belonging to Mrs Mary Begg, a soldier’s widow, of Manningtree.

Inspector Willsmore said that on 21st July, the female prisoner, whilst in custody, had volunteered a statement that on 17th May, while staying with Mrs Begg, the male prisoner had said “What are you going to do about going back with me?”  She had said that she had no money, and he then went on to say  “Take Mrs Begg’s bank book.”  She refused, and he threatened her, so she took the book to the Post Office and got £1.  The male prisoner declared this statement to be unfounded.

The Bench dismissed the case against the woman on the ground that she had acted under her husband’s influence.  The man was sent to hard labour for 21 days.