You are here: Home>Crimes and Incidents>Animals>He stole a horse but left his own pony behind

He stole a horse but left his own pony behind 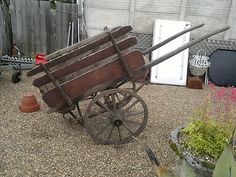 At Hatfield Police Court, on 2nd December, Alfred John Dearman (27), horse dealer, of 35 Linton Cottages, Tottenham, was charged on remand with stealing a horse of the value of 100 guineas, from a field at Cuffley, the property of Mr J.W. Lloyd, farmer.

The evidence of Mr Albert Wombwell, farmer, of Cuffley, reported in our last issue, was read out, from which it appeared that Mr Wombwell, a special constable, caught the defendant and another man red-handed stealing the horse and, in spite of assaults with whip stocks, he stuck to them and saved the stolen horse, and so frightened the thieves that they ran away and left their own pony and trap behind them, escaping through the fields and woods.

Det Insp John Gilliam of the Metropolitan Police gave evidence of the arrest of the prisoner after an exciting chase at a house near the prisoner’s home at Tottenham early one morning.  When he had told the prisoner that he answered the description of a man who was wanted for stealing a horse and assaulting a special constable, he replied  “You are not far wrong, old man.  I am one of them right enough.”

When he took him to Potters Bar Police Station for identification, the prisoner saw the harness which had been taken off the abandoned pony and he at once said  “That is my harness”, and he also asked for his coat which was found in the trap and recognised by him.  Thomas Sell, of Bricknall Cottages, Cuffley, farm labourer in the employ of Mr Wombwell, said he was present with his employer when he discerned the theft and saw the prisoner and the other man escape.  He helped in the chase, taking the stolen horse to follow them, but was not soon enough to catch them.  He, however, was soon enough to see the man abandon the pony and trap and escape through Cattlegate Wood.  On 25th November, he had identified the prisoner from amongst 8 others at Potters Bar Police Station.  PC  J. Pearson also identified the prisoner as one of the men he saw in the trap near the scene of the theft on the day in question.

DS  T. Lloyd, of Southgate, corroborated the other detective’s story as to the arrest, stating that after chasing him across several gardens, they found him hiding under a bed in a neighbour’s house.  The prisoner now admitted that he was present and that it was his pony and cart, but he did not admit to all the statements made as to what occurred.  He asked that the pony and trap might be given up to his wife to help her earn her living.  The magistrates said that if the police were satisfied that they were the prisoner’s property they had no objection.

Insp Gilliam said he thought they belonged to the prisoner, but unless he was absolutely satisfied he would not give them up; otherwise he would be glad to give the pony up as it was “eating it’s head off” and the cost of feed was mounting up after 5 or 6 weeks.  He then applied for an adjournment as 2 other men were in custody on another horse stealing charge and he wanted to find out if either of them was connected to this case.  The Bench adjourned judgement for a week.