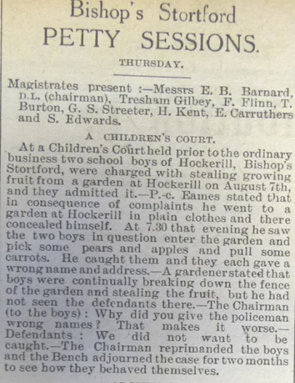 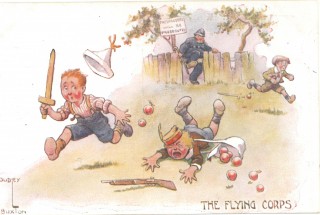 Why have two boys been summoned to the Children’s Court in Bishop’s Stortford ?

How were they caught ?

How did they make matters worse for themselves ?

Why do you think it was reported in the local newspaper ?

What had been reported as stolen in the Police Incident Book ?

The postcard gives a very different point of view on children’s theft of food.  Why do you think the artist has given this the title “The Flying Corps” ?


What do you think the local police thought of this cartoon ?