Use of photograph in police work in 1864 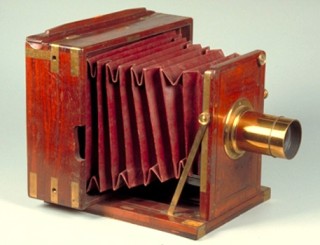 In June 1864 an elegantly dressed lady using the name “Amelia Allen” attended a social event in Aylesbury and was arrested for picking pockets,

Her portrait was taken by Thomas Vipond. The relevant press article reads :

PHOTOGRAPHY – AN AID TO JUSTICE.  Mr Vipond, of Station Street [Aylesbury], a day or two ago, took a carte de visite portrait of Amelia Allen, the “lady” who is to be tried on Tuesday next at the Quarter Sessions, on a charge of picking pockets in Aylesbury Church, on the occasion of the recent choral festival. The carte de visite has been multiplied, and copies sent to the police authorities of the large towns, in order that, should the prisoner be a professional pickpocket (though she describes herself as a “needlewoman”), her features may be recognised and her antecedents ascertained. Bucks Herald, 25 June, 1864.

It seems likely that at least some of the copies were sent to police forces in Hertfordshire and I would be interested to know if a copy has ended up in any Hertfordshire Police archives. It was common in 1864 for pictures to be used by the Police in the Herts / Bucks area. In this case the court, which met early in July had received no news of earlier sightings of “Amelia” but the Aylesbury evidence was enough to get her 9 months in the absence of any knowledge of previous convictions.