You are here: Home>Crimes and Incidents>Drunkenness>Stealing a barrel of beer

Stealing a barrel of beer 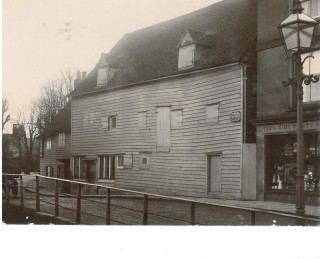 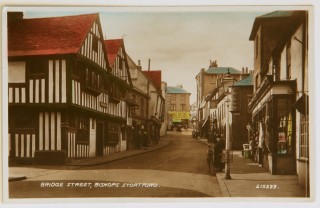 Prosecutor stated that about 5.30 p.m. on Saturday, December 5th, he missed a 4½ barrel of beer from his cellar and gave information to the police. The barrel was full and had not been tapped.  Mr Charles Swain, pork butcher of Bridge Street stated that the four defendants were billeted on him. About 8pm on December 5th two of the defendants, Fordham and Walker walked into the shop carrying something wrapped in a soldier’s coat. Fordham said “We have got Walker’s kit.” About 9.30pm he went upstairs and saw a soldier there who was not billeted on him. After a lot of trouble he got the man out and in doing so he saw something wrapped in a blanket. He found beneath it a barrel of beer. The four defendants were in the room and asked him if he would have a glass of beer, but he refused.

Sergt. Gravestock stated on the following day he made inquiries into the theft and went to the defendants’ billet in Bridge Street. He searched their room and in the corner of a cupboard he found the barrel. He asked them how they came by the barrel and they made no answer.

On December 8th he went to the defendants’ cell and the defendant Martin said “We were drunk when we took it. I hope we shall not get our discharge for it.” Defendants pleaded guilty and said it was a drunken spree.  Prosecutor said he did not wish to press the charge against the men; the Bench were very sorry to see the defendants in that position because they considered it was a serious thing with the number of troops about that they should behave in that way. They would each be fined £1 including costs.

If any more such cases occurred the bench would treat the thing most seriously. (The Chairman) said he would like to express their general gratification at the good conduct of the great mass of troops who had been billeted in Bishop’s Stortford, Sawbridgeworth, and the surrounding villages.