These Hertfordshire police vehicles, photos and text by Norman Woollons, are from an article in the members’ magazine of the Police Memorabilia Collectors Club (http://www.pmcc-club.co.uk/), and appear here with the permission of the editor, James Treversh. 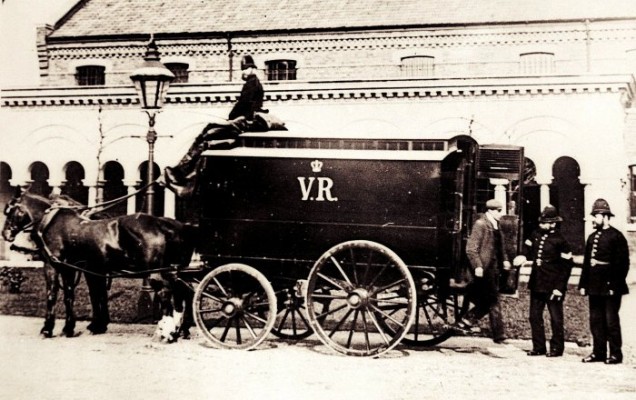 1. A horse-drawn Black Maria from 1902 still wearing the royal initials of the Queen, who died on January 22 the previous year. 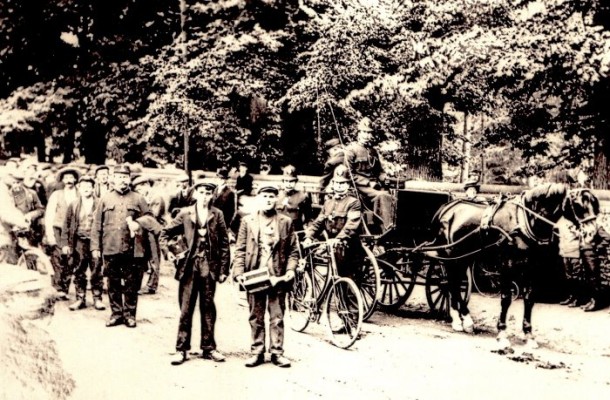 2. A horse and trap from 1904 with a PC driving the trap, and his Sergeant on his pushbike and the gaffer walking alongside a march of unemployed men at Hemel Hempstead. 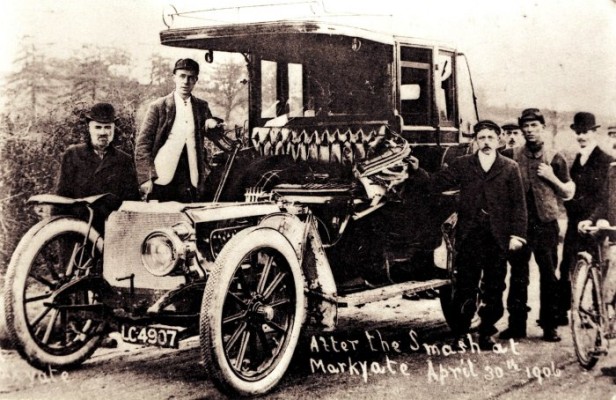 3. Although no police are present, this shot is recorded as being the vehicle involved in the first fatal Hertfordshire road accident at Markyate near Luton in 1906. 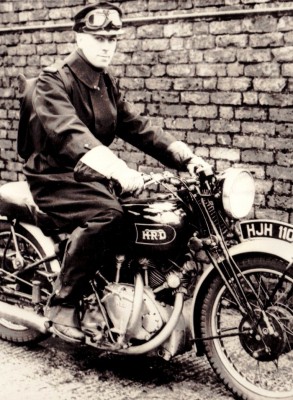 4. Not a big-name manufacturer of motor cycles, HRD was nevertheless a well-respected machine in its day, the name eventually becoming part of the Vincent company title. This one being ridden by PC White was registered in November 1947. 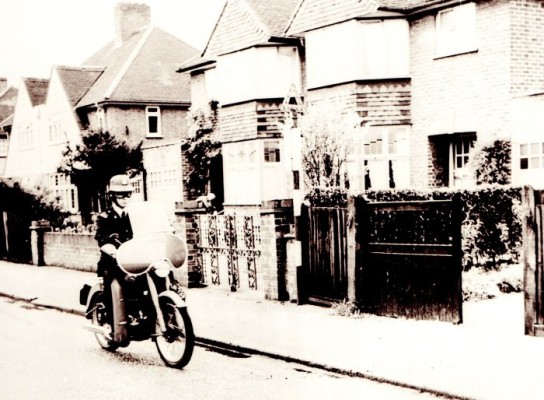 5. This is a 250cc BSA being used for what seems to be the sectional beat man’s transport. No doubt very welcome after a succession of pushbikes in previous years. 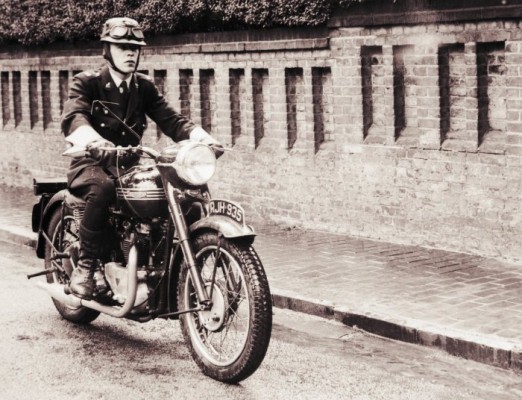 6. This is a 1954 Triumph Speed twin being ridden by PC Ben Neep. The Speed Twin was almost universally used in those days. 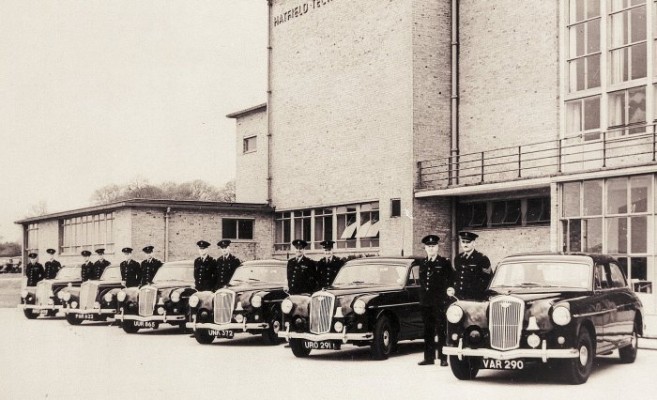 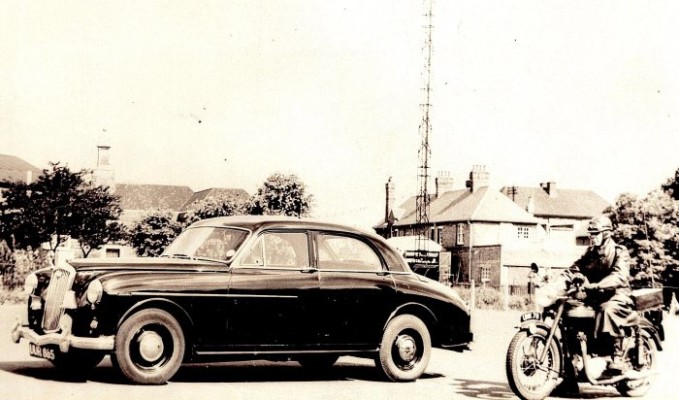 8. Here is one of the 6/90s from the previous line-up with a Triumph traffic bike from the same year. 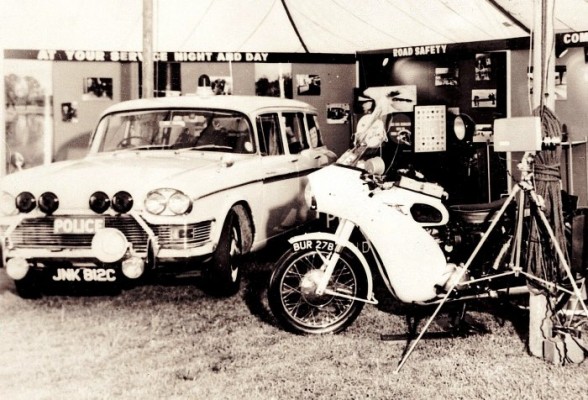 9. 1965 fast-forwards us away from the Wolseleys and into the era of a smart estate car, the Humber Super Snipe. Not that many forces used these but they were well liked for their carrying capacity if not their sedate handling. 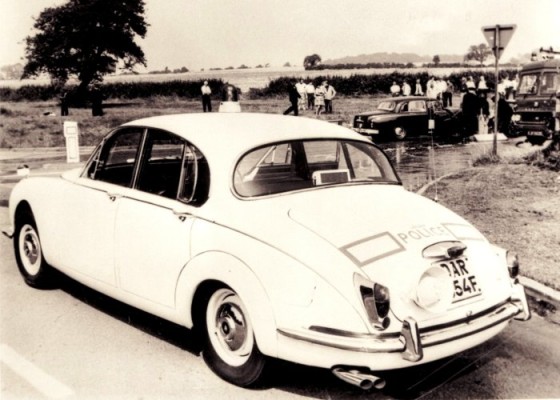 10. A couple of years later the force bought Jaguar 340’s and this example is seen in 1969 at a road accident. 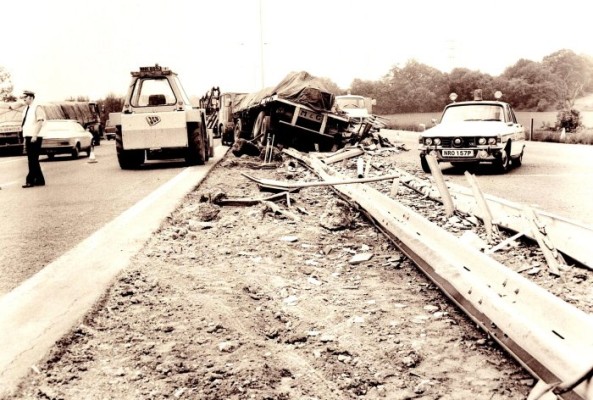 11. In 1977, here is a P6 Traffic car which I gather was very popular – especially when fitted with Rover’s legendary V8. 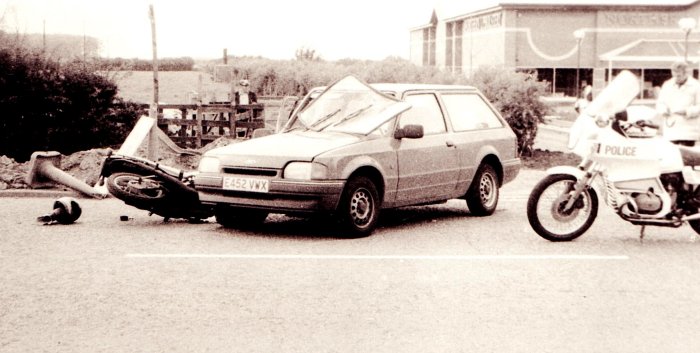