'Death' and the poachers 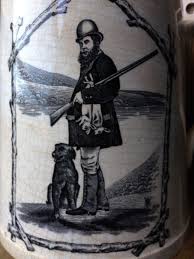 Poacher with dog and gun

Henry Boswell (49) and Edmund Chuck (43), labourers, of Gravel Pit Hall, Wareside, were brought before the Ware Magistrates on Tuesday, charged with night poaching on land belonging to Mr J.H.Buxton on Saturday night last, Boswell being armed with a gun.  Both prisoners pleaded guilty.

Police Constable Percival Hair stated that, on the Saturday night at approximately 10.30pm, he was on the road between Widford and Wareside when he heard a gun in Hogham Wood.  On account of shooting the previous night, he had arranged to meet Mr McDonald, Mr Buxton’s gamekeeper, at that spot.  They met and proceeded to the wood.  On arrival, they heard a shot in Thistlely Wood.  Shortly afterwards, 2 more shots followed.  They went in that direction and heard several other shots, ten in all.  They then got to Bonningtons Estate, in the occupation of Mr Death, just after midnight, and concealed themselves in a ditch beside the footpath leading from Hunsdon to Wareside.

Three men left the wood and came down the path, whereupon he and the keeper came out of the ditch and accosted them.  Boswell immediately pointed the gun at the keeper and shouted “Stand back”.  The other two men ran away.  The keeper closed with Boswell and they fell to the ground.  After seeing the keeper had got possession of the gun, the witness ran after the other two men and caught Chuck, but the 3rd man got away.

He took Chuck back to the keeper and both men were searched.  In Boswell’s pockets he found 4 dead pheasants and 2 live partridges, and in Chuck’s pockets, 4 dead pheasants, and one on the ground that he had thrown down.  The keeper handed him the gun, and a live cartridge was extracted from it.

The prisoners were then taken to Ware Police Station. Boswell said “I deny pointing the gun at the keeper”.  Chuck said “I was never in the wood”. Donald McDonald, the gamekeeper, corroborated.  The gun produced was the one he took from Boswell. Superintendent Handley said that there was nothing known against Chuck, but that there were two previous convictions against Boswell for poaching.

The Chairman said the case had been rendered more serious so far as Boswell was concerned by the fact that he had threatened the gamekeeper with a loaded gun.  He would be sentenced to 3 months’ hard labour and be bound over for 12 months.  This was apparently Chuck’s first offence and he would be let off with a fine of £1 and 3s 6d costs, and also bound over for 1 year; in default, he would be sent to prison for 14 days.  The money was paid.