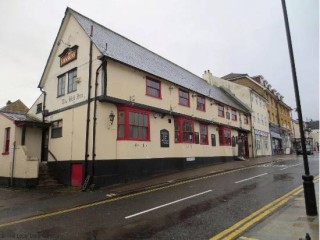 Wednesday an Inquisition was taken at the Bell Inn at Broxbourne, on the body of John Cooper, who was found murdered in the preceding evening at Spital Brook Hill. Mr Cooper was in the habit of bringing packages of fruit to London in a close cart and returning the same evening, generally with a considerable sum of money arising from the sale of its fruit. Tuesday night about 9 o’clock, upon his return from one of these journeys, he called at the White House public house at Wormley, several labouring men were there, but it was not observed they took any particular notice of Mr Cooper.

He continued in the house only a few minutes and then resumed his journey and the bloody deed was perpetrated within a few minutes after his departure. About 9:30 he was discovered lying dead in the middle of the road, scarcely a mile from the White horse ; his arms were extended. He was conveyed to the Bell Inn at Broxbourne, and the surgeon was immediately sent for, who discovered that his skull was fractured and that the instrument which had been use for the purpose (apparently a hammer) had penetrated the brain. His pockets were completely rifled. The horse and cart were found 100 yards from the body, the front of the court was sprinkled with blood. The jury returned a verdict of wilful murder by some person or persons unknown.

Our readers will recollect the barbarous murder was committed on 4 November last, near the town of Broxbourne, Hertfordshire, upon John Cooper, a native of Chesterford, Cambridge, a carrier, who had travelled flat road to and from London about 40 years. Every exertion has been used in the neighbourhood to bring the murderers to justice: but notwithstanding a reward of 50 shillings has been offered by the county, no clue has been discovered except that to strange men had been seen following the deceased down the road on the evening the murder was committed.

The London police went to make enquiry but were unsuccessful; subsequently however, the Worship Street officers ascertained that to higglers, well-known upon the road, met the man above alluded to, and recognised them to reside in or near Spitalfields market and that they had absconded. This combined with a circumstance that the deceased had been attacked and robbed in a stable where he put up near Newgate market a short time before he was murdered, left little doubt that they were the perpetrators of the horrid deed and the higglers were in consequence bought to the office and examined before the Magistrates.

Jacob Wesby said that about 9:30 o’clock on the evening of 4 November last, he was travelling with his horse and cart from Hoddesdon to London he saw the body of John Cooper lying on the road. The body was put upon a gate or hurdle and carried to the next public house: it was evident the deceased had been robbed, as both his breaches pockets had been turned inside out, and he had no property about him then; you never travelled the road without money which was well-known in and about the London markets.

When he got through Wormley, about 11 miles from the place where the two men passed him, he met them again returning, walking very fast and whistling; one of them was about 4′ 7″ high and wore a light coloured jacket and smock frock: the other wore a dark coloured short frock and was somewhat taller. He knew their faces well in London, but was not sufficiently acquainted with them to ask any questions; he thought it very singular to meet them in such a manner so far out of town. The murder was committed within the time they first passed him and their passing him a second time. When he arrived in London, and heard of the murder, he related the circumstance publicly and enquired for them, but he had not met with them since.

Another higgler met the same men on the road the evening of the murder, and described their dress in the same manner as the last witness.

They used to work in Spitalfields, and do any job they could get from anyone.

The Magistrates sent for Mr Wortly, who had employed them, and examined him. He said he had been in the habit of employing them occasionally: they had left him prior to the murder, but did not know where they went to. They were both single men, rather of dissolute habits, and much addicted to drinking when they had any money. Their chief employment was market portering, but they had not been seen in the market since the murder was committed.