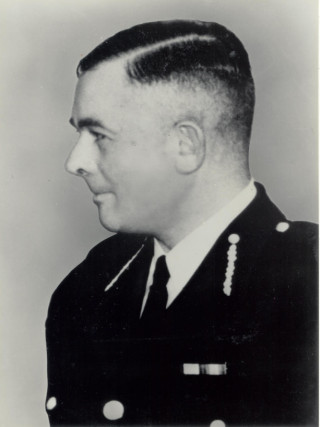 Sydney Maurice Ewart Fairman was appointed Chief Constable of Hertfordshire in late 1939. He had previously served in the army, where he held the rank of Captain. It was often said that he struggled in the role of Chief Constable, due to his lack of previous police experience. In 1943, he resigned from the police to join the Allied Military Government of Occupied Territories; a body formed during the Second World War to rule areas liberated by the allies. Whilst on active service on the beaches of Anzio, Italy, Fairman contracted pneumonia and died a short time later.