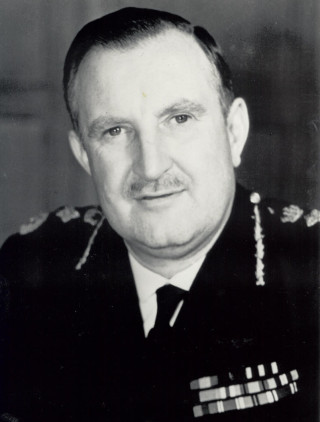 Colonel Arthur E. Young was appointed Chief Constable of Hertfordshire on 1st April 1945. His police career had started in Portsmouth in 1924. In 1941, he transferred to Birmingham police where he was promoted to Assistant Chief Constable. Young was just 38 years old when he became the Chief Constable of Hertfordshire and launched an energetic project to build police houses across the county for his officers. In 1947, Young left Hertfordshire to become an Assistant Commissioner of the Metropolitan police. In 1950, he left the Met to become the Commissioner of the City of London Police; a post he held until 1971. He was knighted in 1965 and made a K.B.E in 1971. He died in 1979.