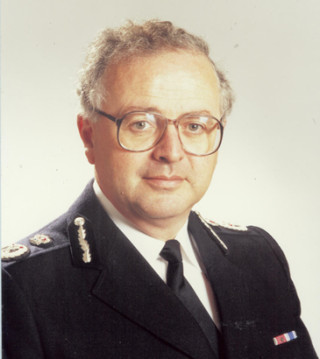 Baden Skitt was appointed Chief Constable of Hertfordshire in 1990. He had previously served in the West Midlands. On 21st November 1974, Skitt was an Inspector in Birmingham when two IRA bombs were detonated in busy pubs. As one of the first officers on the scene, he felt his way through a fog of dust to rescue survivors. The explosions had left 21 people dead and over 180 injured. In 1995, Skitt left Hertfordshire Constabulary to become an Assistant Commissioner of the Metropolitan Police. He left the police in 1997 and became a member of the Criminal Cases Review Commission which examines claims of wrongful conviction. Ironically, this role required him to review the criminal case of the six men held responsible for the Birmingham pub bombings in 1974.