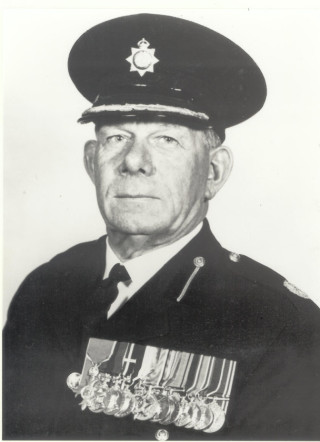 Abel Camp was born in Hertford Heath in 1896 and joined the Hertfordshire Constabulary as a Constable in 1919. Before joining the police, he had been in the army and fought in the First World War. He was a non-commissioned officer in the Royal Horse Artillery and was awarded the Military Medal for bravery. Having spent much of his early police service at Hemel Hempstead, he was promoted to Sergeant in 1925 and relocated to Hoddesdon. He was promoted to Inspector five years later and made Deputy Chief Constable in 1937. When Sidney Fairman, the Chief Constable, resigned in 1943, Camp became Acting Chief Constable. He ran the force for two years, during which time he was awarded an M.B.E. When a new permanent Chief Constable was appointed in 1945, Camp returned to his job of Deputy Chief Constable. He retired from the force in 1961.