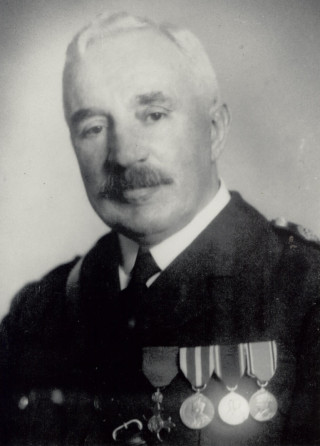 Having previously been a baker, George Thomas Knight joined the Hertfordshire Constabulary as a Constable in 1896. He served as Deputy Chief Constable under Alfred Letchworth Law and succeeded him when he died in 1928. Knight caused uproar in 1935 when he gave his son a job (and the rank of Sergeant) at HQ, despite him having no previous police experience. So infuriated were some members of the force, that they reported the incident to the Home Office. Knight subsequently retired to the Isle of Wight, so that he might avoid bumping into any of his former colleagues. He remains the only Chief Constable of Hertfordshire to have joined as a Constable and attained each police rank without transferring to another force.