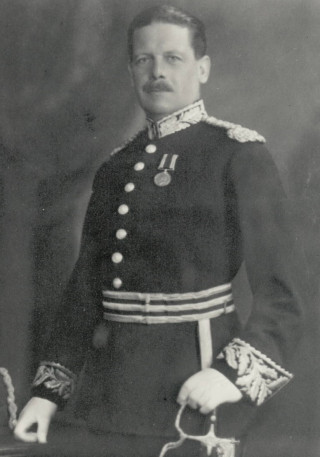 Alfred Letchworth Law’s first experience of policing came in 1898 when, as a Major in the army, he had commanded troops deployed in Belfast to quell rioting. Having left the army, Law became the Chief Constable of Kent police; a post he held for eighteen months. He then became the Chief Constable of Warwickshire police in 1910, but was only there for six months before successfully applying to the Hertfordshire Constabulary. Once in office, he carried out his duties with military precision and was renowned for his attention to detail. Law insisted that the county’s policemen were immaculately presented and highly disciplined. The current police station in Tring was built during his time in office. Law died on 1st November 1928, having served as Chief Constable of Hertfordshire for 17 years.