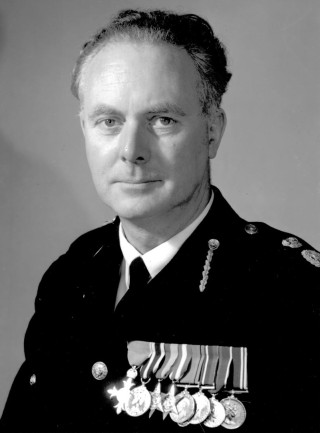 In 1947, Colonel Young was succeeded by Lieutenant Colonel A. F. Wilcox. His police career had started in Bristol in 1929. Having also served in the Metropolitan Police, Wilcox transferred to Buckinghamshire police in 1946, where he was promoted to Assistant Chief Constable. He was also a qualified barrister. Wilcox revamped the force; introduced new equipment, built new police stations and introduced a cadet scheme to aid police recruitment. When he joined in 1947, the Hertfordshire Constabulary had just 613 officers and 58 police vehicles. By 1969, the force strength had increased to 1,400 and the vehicle fleet had risen to 270. No less than seven hundred and seventy-one police houses were built during his time in office. He received the Queen’s Police Medal in 1957 and a C.B.E in 1967. He retired in 1969 and died in 2002, aged 92.