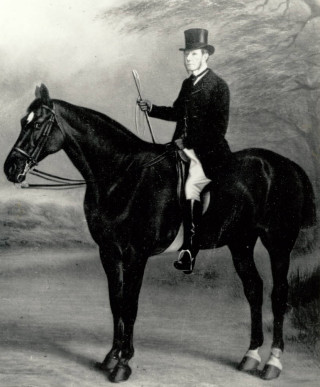 The first Chief Constable of the Hertfordshire Constabulary was Lieutenant-Colonel Archibald Robertson. Robertson already had a distinguished military career behind him and had previously been tasked with establishing a new police force in New South Wales, Australia. He was just thirty-six years old when he, and twenty-three other men, applied to head Hertfordshire’s new police service. Despite being appointed Chief Constable on 12th April 1841, Robertson had to wait almost a month before he had anyone to manage; as the first Constable was not appointed until 6th May. By the end of his first year in office, Robertson had successfully organised a force of seventy officers, to police an area measuring 576 square miles and home to no fewer than 120,000 people. Such was the confidence in his abilities and the admiration for his work, that he remained Hertfordshire’s Chief Constable for thirty-nine years. He died in office in 1880.