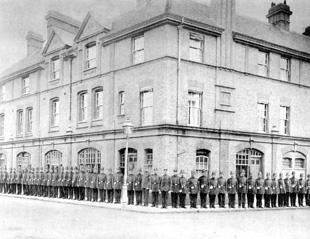 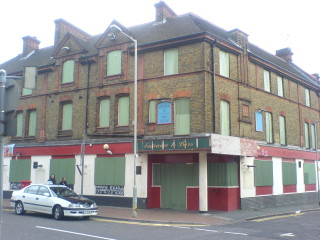 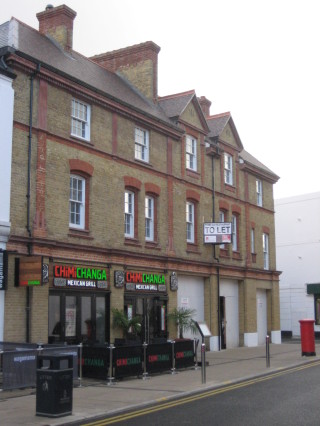 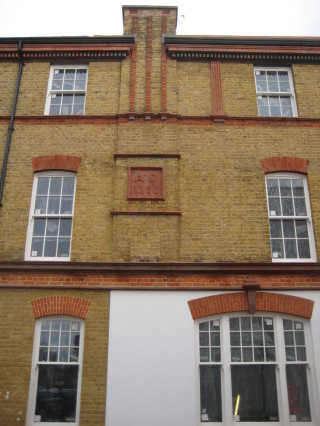 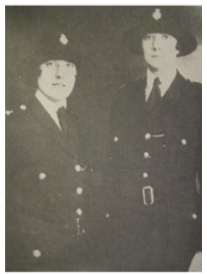 Prior to 1851, a gated driveway had led from Watford’s High Street to an 18th century mansion house named Watford place. When the grounds of Watford Place were reduced and sold off, the driveway became King Street; so called after Jonathan King, a former owner of the estate. A plot of land on the corner of King Street and another new road named Smith Street, lay undeveloped until the 1880’s when work began on Watford’s third police station. Designed by county architect Urban Armstrong Smith, the building was set to be roughly four times the size of the existing police station on Beechen Grove. Located just a few hundred metres from the High Street, the new site was centrally located and afforded ready access to the town centre. Seventeen builders from as far afield as Colchester tendered for the work. The second cheapest, namely £5,185 from a Mr F. Dupont, was accepted. The building contract was signed by Dupont and Sir Richard Nicholson, on behalf of the Justices of the Peace for the County of Hertford, on 15th March 1888. Dupont’s team completed the build in just nine months; allowing Superintendent Hummerstone and his officers to move a quarter of a mile across town to King Street in January 1889.

The ground floor of the new, four-storey station comprised a public entrance and lobby, adjoined to which was the Superintendent’s office. This office could also be used as a courtroom. The first recorded use of which was a remand hearing for Joseph Taynton on 10th April 1889. Fifteen year old Taynton had been charged with murdering his sister Jessie Maria. Evidence was given by Superintendent Hummerstone and Taynton was remanded in custody. A separate ‘retiring room’ for Magistrates was also accessible from the lobby. A guardroom also formed part of the station’s public entrance.

The new station boasted eight cells, built on the ground floor and accessed via one long corridor. A series of iron gates were strategically placed along this corridor so that male and female prisoners could be separated, as and when the need arose. Compared to the straw paillasses of Estcourt road, prisoners in King Street were afforded the modern luxuries of wooden beds, gas lanterns, and an electric bell for summoning attention. The temperature inside each cell could also be adjusted by opening a small grate to varying degrees. The eight cells shared two toilets, situated at either end of the corridor. Exercise was permitted in a yard measuring forty feet in length and surrounded by a high perimeter wall.

The top two floors of the new station comprised living quarters for some of Watford’s policemen. A spacious Superintendent’s suite consisted of two living rooms, four bedrooms, a kitchen and a private yard situated on top of the cell block. Ironically, it would appear that Superintendent Hummerstone chose to remain in St Albans and forego the lavish quarters, as the first recorded resident was an Inspector named Henry Duke. Other apartments for Sergeants and Constables ranged in size, depending on the man’s marital status. To the rear of the building was a separate stable block and a coach house.

Whilst the new police station, seemed vast in comparison to the original facility which had served the town just twenty years previously, even it would struggle to keep up with Watford’s rapid expansion. In 1891 Chief Constable, Henry Daniell reported to the Standing Joint Committee that the population of Watford had increased from 15,506 (living in 2,555 houses) to 21,000 (in 3,500 houses), in just 10 years. Daniell also reported that 100 further homes were under construction and rightly foresaw hurried growth for decades to come. At that time, Watford was policed by 1 Superintendent (based in St Albans), 1 Inspector, 1 Sergeant and 9 Constables. As the number of officers increased, the fabric of King Street police station was forced to expand. In 1894, adjacent land was purchased for a Mr Tucker on which additional living quarters and a drill hall was built.

Daniel made a further appeal for staff in 1899, by which time the population of Watford had reached almost 30,000. For patrolling purposes, the town was divided into seven night beats; six of which took over four hours to cover once. At times, the seven beats had to be covered by just five Constables. Daniell’s pleas for extra resources were heard and over the next fifteen years, the number of officers in the Watford division quadrupled. By 1913, the division was policed by 1 Superintendent (who was also the Deputy Chief Constable) 2 Inspectors, 7 Sergeants, 1 Detective Sergeant, 63 Constables and one Detective Constable.

With Watford proving to be the busiest division in the county, it seemed logical that King Street police station should be the first to receive advances in technology and specialist personnel. Consequently, it took receipt of the Constabulary’s first typewriter in 1892. In the same year, the force’s first Detective Constable was posted to King Street; followed by a second in 1894. In 1893 King Street was linked by telephone to the police stations in Bushey, Rickmansworth and St Albans. Two years later, on 28th June 1895, the station obtained a link to the town’s telephone exchange and was allocated the number 38. It retained this number until the 1930’s. In 1900, Daniell directed that all raw recruits would be sent to either King Street police station – or its equivalent in Hitchin – for an initial four week training program. The suggestion being, that if new officers could withstand the pace and demands of these busier towns, then they were likely to succeed in other parts of the county.

In 1896, the station witnessed a daring escape from one of its cells. Augustus Henry Brake had been arrested on 1st October, for swindling a number of expensive rings from jewellers in Watford and Northamptonshire. During the early hours of the following morning, Brake somehow managed to remove a bar and pane of glass from the cell window and climbed out. He then scaled the wall surrounding the rear yard, using his knotted bed sheet as an improvised rope. Brake had first removed the handle from the bucket in his cell and fashioned it to the sheet so as to create a make-shift grappling hook. Much to the embarrassment of the Constabulary, Brake made it all the way to Scotland before being recaptured.

The cell capacity at King Street was severely tested on Thursday 3rd July 1902, when Watford witnessed an appalling outbreak of rioting. Trouble had been sparked when a weekend of festivities, due to be held in celebration of the Royal coronation, was cancelled due to the King suddenly falling ill. For over six hours, a large mob of men and women wreaked havoc across the town and quickly outnumbered Superintendent Wood and his handful of men. Two hundred special constables were frantically sworn in and a call for assistance was sent to London. The Metropolitan police promptly dispatched twenty officers from Euston. By the following morning, 27 men and 8 women had been arrested and crammed into the cells at King Street. With the cells filled to capacity, prisoners whom the presiding Magistrate remanded in custody were transferred to the St Albans gaol by horse drawn wagon and train. Further arrests were made and by the following Tuesday, they totalled 54. All of the prisoners were brought back to Watford for trial. Given that there were just 8 cells at King Street, it is likely that each contained up to seven people.

On 7th December 1928, the Constabulary’s  first two female Constables, sisters Margaret and Annie Johnson (pictured), were posted to King Street police station. The then Chief Constable, Alfred Letchworth Law, warned that although Margret and Annie had been stationed at Watford, they could be deployed anywhere in the county, should the need for a female officer arise. Despite having served for almost seven months, it was only on 26th Jan 1929 that the Johnson sisters were issued uniforms and it wasn’t until 1941 that were they issued with warrant numbers.

By the 1930’s, and with the town continuing to spread northwards, it had become apparent that the station on King Street was no longer centrally located or suitable for a town of Watford’s size. Plans to build a new police station and court house were publicly announced in November 1935 and King Street police station closed five years later. Perhaps the impending closure created a sense of relaxation and should be blamed for one unfortunate case of lethargy. For with just a few weeks to go before its closure, Pc 285 Henby was found asleep in the police station whilst on duty. He was found guilty and severely reprimanded.

Although no longer in use as a police station, the building was retained by the Constabulary for a further fifteen years and used to house police officers and their families. The well running of the building, and the welfare of those who resided within it, was deemed important enough to appoint a permanent steward and matron as late as 1947.

In 1955 the building was sold to the Benskins brewery and used for storage and office space by their architects department. In April 1961, the ground floor was converted into a pub and aptly named the ‘Robert Peel’. Forty-five years, the Robert Peel closed its doors for the final time and the building fell into a state of despair. Between 2006 and 2012, the fate of the empty structure became increasingly uncertain and the threat of demolition intensified. Thanks in part to the Watford Observer newspaper raising awareness of its historical importance, the building was retained and fully refurbished in 2013. It now houses a Mexican restaurant at street level, and private apartments on its first and second floors.