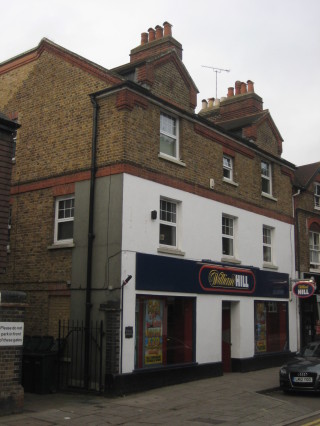 Located on the High Street, the site chosen for Rickmansworth’s second police station had previously been occupied by four small cottages. Built in 1807 these homes had been known as the Beresford Almhouses, and it was behind these that the town’s cage had stood since 1757.

Sale of the Almshouses had to be approved by the Charity Commission, who agreed a  purchase price of £400. The Commission also requested that the Standing Joint Committee meet the cost of expenses incurred by the trustee in connection with the sale. The Committee agreed.

Construction of the station itself cost a further £1,159, and was completed in May 1897. Inside, the new police station encompassed offices and a guard room on the ground floor, with living quarters for two families on the upper floors. The building was equipped with two cells; each measuring 11ft by 7ft. Natural light entered the cells through small barred windows near to the ceiling. The heavy cell doors were clad in sheet iron. In later years the cells were condemned and converted into a kitchen and rest room. The station was heated by open fires and in 1919, was allocated 12 tons of coal for the year. A strict code of discipline was exercised inside the police station, and as late as 1936, officers were not allowed to leave the building without express authorisation.

Later that year, two of Rickmansworth’s Constables were fined for being absent from the station without permission.

Despite its size and modernity -in comparison to its predecessor on Talbot Road- the new station had outgrown itself within fifty years and closed in 1952. The building is now a bookmakers and has had a new block of flats, named Tolia House, built onto its rear.