You are here: Home>Crimes and Incidents>Suicide and Cases Reported to H.M. Coroner>Tring woman's attempted suicide 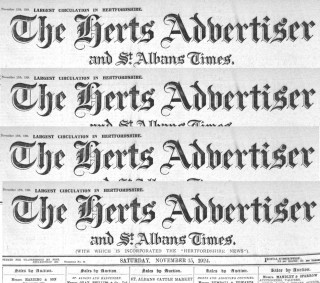 Lucy Lutin, aged 52, was placed on her trial for attempting to commit suicide at Tring on December 15th  1916 – she pleaded not guilty.

The facts as disclosed in evidence, were the prisoner had lived for about thirty years with Frank Andrews and for the last six years they had resided in Tring where Andrews was licencee of The Red Lion beerhouse. On December 5th the prisoner left to go to London to work but returned on December 15th.

When Andrews let her in she said she was going back to London to work and would poison herself if he attempted to make her stay. She left to catch the bus for the station and he followed her up and persuaded her to return. She asked for some cheese and he went to fetch it. When he returned he found she had taken poison and there was a partly-emptied bottle of spirits of salt on the mantelpiece. Remedies were applied and she eventually recovered. She had been worried about the business and wanted Andrews to leave the place.

Whitening was administered by PC Baldock and Dr Wm Ward Anderson, when asked if he thought that had saved her life, replied that it would have added to her suffering and would have diminished her chance of recovery. He stated however, that whitening was a suitable antidote for corrosive poisioning; it was not an emetic.

The jury found that the prisoner took the poison while she was temporarily of unsound mind.

The Chairman pointed out that on such a verdict the Court would have no alternative  but to order the prisoner to be detained in a criminal lunatic asylum during his Majesty’s pleasure.

Eventually the jury found a verdict of “Guilty” and prisoner was placed on probation for a year.