You are here: Home>Crimes and Incidents>Suicide and Cases Reported to H.M. Coroner>Shocking death on the railway

Shocking death on the railway 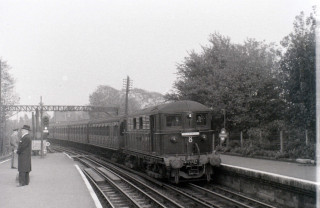 An inquest was held at the Fire Station, Rickmansworth, on Monday, on the body of John Ayton, a man of middle-age, who was found dead on the Metropolitan and Great Central railway line near Rickmansworth the previous Friday.  The deceased, it was stated, lodged in New Windsor Street, Uxbridge.  About 12 months ago he was struck by lightning and nearly blinded at Sudbury.  He never did any work, and was understood to be living on money which had been left to him.  About 4.45 on Friday morning Daniel Fenner, a ganger on the railway, came across the deceased’s body lying near the Eastbury Lane bridge.  The head was severed from the body, which was cold and stiff.

P.c. Saunders searched the clothing and found a pawn ticket, a postal order deposit receipt, and sundry articles generally to be found on a man on the road.  The coroner observed that there was no evidence of suicide, although it appeared from the position in which the body was found that the deceased lay down and placed his head on the line.  The jury returned an open verdict that the deceased was found dead on the line.