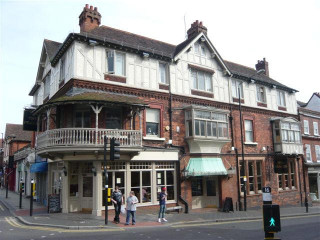 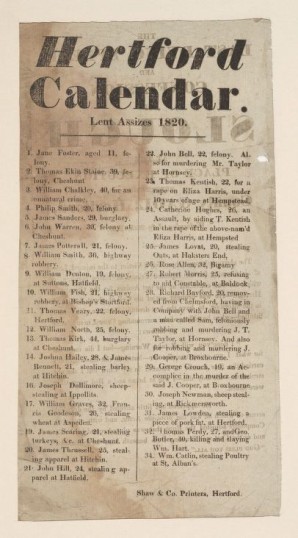 At the end of February 1820, in trying to keep up to their schedules and reach their staging posts to get the pick of the better horses, the Chester & Holyhead mail coaches were racing along the highway near St Albans, when George Butler, the driver of the Chester Mail, deliberately turned his leaders across Tom Perdy’s track. The Holyhead mail crashed and overturned resulting in the death of William Hart, the parish clerk of Hagley, in Worcestershire, who was travelling on the outside of the coach. Several other persons were injured. The two drivers were quickly apprehended and at an Inquest held at the Peahen Inn at St Albans were indicted for manslaughter.

At their subsequent trial in August 1820, they were found guilty of manslaughter, and sentenced to 12 months imprisonment.

The court agreed to take their 6 months in irons waiting for trial as part of their sentence.