by Various at Hemel Hempstead, 1958 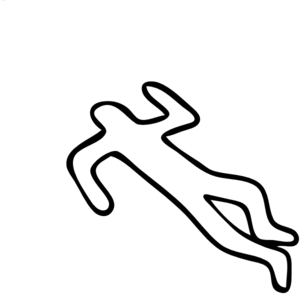 Frank Edwin Hulme died on the 12th December 1958. He was 31 years old, married to Barbara with three young children. Born on 29th July 1927 in Stockport, Lancashire, Frank served in the Royal Navy from 1945 until 1952 when he joined the Hertfordshire Constabulary. After serving in Bishop’s Stortford and Watford, he was transferred to D Division (Hemel Hempstead) on the 4th December 1957.

On the 29th November 1958, Frank left home at 9.50pm on his bicycle to ride from the family home in Turners Hill to begin night duty. Meanwhile, a group of young men, all labourers from Hemel Hempstead were on a pub-crawl in the High Street and ended up in the Royal Oak Public House, where just before closing time a scuffle broke out between William Clingham (34) and Colman Joyce (22). The pair were ejected from the pub but continued their dispute as they went down the High Street. Other people joined them and the dispute escalated. Pc Hulme and Pc James Homer were on duty in the High Street and crossed the road to try and break up the group and disperse them to their homes. It was 10.45 pm.

The group would not leave the area and a number of small scuffles took place between Clingham, Joyce Thomas McDonagh (22) and the two police officers that were kicked and punched during the melee. Hulme fell to the ground twice whilst struggling with the group and his assailants fell onto him. A bystander, was told by Hulme to contact the Police Station and shortly afterwards reinforcements arrived in the shape of a C.I.D. car and a police van. The main protagonists were arrested.

Pc’s Hulme and Homer then started to disperse the crowds when Hulme collapsed to his knees and clutched his stomach. He quickly fell into unconsciousness and was taken to West Herts Hospital. Early the next morning his wife Barbara was awoken by a loud banging on the door and opened the door to Superintendent Dale and Inspector Morrison who told her that Frank had been involved in a fight and taken to Hospital. For the next 5 days, she was to leave the children with a neighbour Bill Johnson (also a policeman) and his wife Olive and walked to the hospital to visit Frank. Throughout this time, Frank was semi-conscious. On the 2nd December 1958, he was transferred to the neurosurgery unit at the Whittington Hospital, Highgate. There, he underwent two operations to remove a blood clot from his brain. After the first operation Frank started to talk sporadically and falteringly, but his condition did not really improve. Superintendent Dale arranged for a police vehicle to collect Barbara every day and take her to the hospital. Frank’s condition deteriorated suddenly and he underwent further emergency surgery. He never regained consciousness after the second operation and died on the 12th December 1958.

On the 17th December an Inquest was opened at St Pancras Coroners Court before HM Coroner Sir Bentley Purchase and was adjourned until January 2nd 1959. Detective Superintendent Leonard Elwell led the investigation into his death.

The funeral took place on Thursday 18th December 1958 at St. Barnabas Church, Adeyfield and was attended by hundreds of mourners including the Chief Constable of the Hertfordshire Constabulary Lt.-Col. A.F. Wilcox and the Deputy Chief Constable Abel Camp. Also present were Detective Superintendent L. Elwell and Superintendent F. Dale the Divisional Commander of D Division. The coffin draped in the Union Jack was carried into the church by 6 uniformed constables. In his address to the congregation the Rev. Peter Stokes paid tribute to Pc Hulme’s courage saying, “He was a brave man and he died because he was not afraid to do his duty.” Internment followed in the Borough Cemetery.

Tragically, on Wednesday 17th December 1958 the day before Frank’s funeral, Pc Hulme’s father in law Charles Ford died at the family’s home aged 62 yrs having left his home in North London to be with his daughter Barbara Hulme after her husband’s collapse. He had at the time been suffering from terminal emphysema.

At a special sitting of Berkhamsted Magistrates Court, 4 men, Joyce, Clingham, McDonagh and Frank McArdle (26) were all formally charged with the manslaughter of Pc Hulme. They were also all charged with making an affray in the High Street, Hemel Hempstead on 29th November 1958. Clingham, Joyce & McDonagh were further charged with assaulting Pc Homer and causing grievous bodily harm to Pc Hulme.

Dr McCaul of the Whittington Hospital explained to the court that Pc Hulme was suffering (unknown to him) from a Berry aneurysm at the base of his skull. This was a condition he had had for some time in which one of the major blood vessels at the base of the skull had become diseased and seriously narrowed causing it to swell out into a small berry like protuberance with very thin walls at this point. Any increase in physical activity would have caused this vessel to burst. Dr McCaul went on to explain that had the scuffle not taken place the defect was unlikely to have remained intact for any more than a few days.

Further evidence was given that on the 11th December a yellowish bruise was discovered on Pc Hulme’s right thigh and it was noticed that the circulation of blood in this leg was impaired. A blood clot had broken away from this bruise and had entered his bloodstream before lodging in his lungs.

Dr Francis Camps the eminent Home Office Pathologist made it clear that the cause of death was the blood clot that had originated from his leg and in turn had been caused by a hard blow or impact caused when falling.

At the resumed inquest at St Pancras Coroners Court before a jury, a verdict of manslaughter was returned and the Coroner formally committed the 4 defendants to trial at the Herts. Assizes.

On January 13th 1959 at the Herts. Assizes, the case was transferred to the Old Bailey at the request of the defence, where the case commenced on the 28th January 1959. Pleas of Not Guilty to the manslaughter of Pc Hulme were accepted by the court and McArdle was discharged from the Court. Joyce and Clingham pleaded guilty to making an affray, McDonagh pleaded guilty to assaulting Pc Homer. The prosecution offered no evidence on the manslaughter charges.

Joyce, who had entered England from County Galway in 1934, who had previous convictions for grievous bodily harm, actual bodily harm, and for previously assaulting two police officers was told by Mr Justice Pilcher that “You are a violent young man. You and your gang were responsible for the disturbance and you have to be taught that you cannot do that sort of thing over here.” He was sentenced to 4 months imprisonment.

Clingham who had no previous convictions was given a conditional discharge for 12 months.

McDonagh was fined £10 and given a month to pay with the alternative of 3 months imprisonment.

On the 2nd February, The Mayor of Hemel Hempstead Alderman Wyndham Thomas launched the “Frank Hulme Fund,” after collections had been started by Town Centre market traders and a number of the Towns Public Houses. On the 15th February 1959 at an informal gathering, the Mayor presented a cheque for £533 4s to Barbara Hulme in the presence of the Chief Constable and Divisional Commander Superintendent F. Dale.

Barbara subsequently was rehoused in Catsdell, Hemel Hempstead and obtained a job with Cuthbert Mayne School where their three children attended. Barbara has subsequently remarried and now lives with her husband Lionel Swain.