From : The Story of Hertfordshire Police 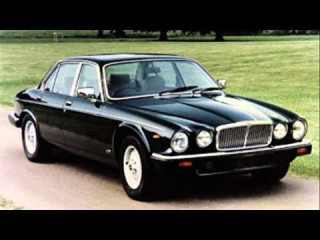 On 1st October 1964 the Home Secretary announced that for a two-year experimental period, small bodies of very experienced detective officers, who would concentrate on the apprehension of travelling criminals, were to operate all over England and Wales.

Although at that time there were rather more than 120 separate Police Forces in England and Wales, they were conveniently divided into groups which formed nine regions, and therefore for operational purposes it was decided that these regions were convenient areas into which to fit these specialised squads of detectives, which were to be known as “ Regional Crime Squads “.

Hertfordshire, at the time that the Regional Crime Squads were first set up, was within the Number 5 Police District, and in common with the other Forces within the District was called upon to supply officers, accommodation and equipment. Hertfordshire supplied accommodation for the Headquarters of the Regional Co-ordinator of Number 5 District, and his staff at Welwyn Garden City and space for branch offices at St Albans and Rickmansworth.

Mr G.E. McArthur, M.B.E., was Chief Superintendent of the Hertfordshire Police Criminal Investigation Department, and he was appointed as the first Regional Co-ordinator for the Number 5 District.

Likewise other forces outside Number 5 District, viz. The Metropolitan Police, Thames Valley, Essex and Bedfordshire forces, supplied officers to work within the District. This ‘mixing up’ of the Forces was done in order that any given branch office there would be found knowledge of criminals not only within Number 5 District, but from a considerable are of the country.

The Regional Crime Squads were administered by a committee of Chief Constables formed from the forces within the District.

It was considered important that members of the Regional Crime Squads be kept free from routine case loads, and where possible arrangements were made for officers from local forces to be responsible for the actual arrests so that Crime Squad officers did not become involved with excessive paperwork.

It was appreciated that these specialised officers must be highly mobile, and they were therefore provided with suitable motor vehicles fitted with efficient wireless equipment so that they might be in a position to communicate with the headquarters of any Police Force in whose area they were operating.

This successful project was the brain-child of the Home Office Research and Development Branch. Its solution to the problem of the travelling criminal was new, but the problem was not.

In 1929 George Knight issued instructions on the duties of Inspectors with the following sentence under the heading “Organised Crime “ : “Experience shows that that many case of this class of offence (house and shop breaking) are committed by persons with motor cars which are sometimes stolen.”

In theory, prevention of crime is the first duty of the Police. In practice it usually turns out that detection occupies a massive amount of Police time. Criminal investigation is one of the most absorbing and most arduous parts of Police duty. The Criminal Investigation Department is not likely to be lacking in keen men, or in work to keep them occupied, for some time.

The National Crime Squad (NCS) was a British police organisation which dealt with national and transnational organised and major crimes.

Formed in April 1998 after the amalgamation of six former Regional Crime Squads it merged with HM Customs National Investigation Service and the National Criminal Intelligence Service on 1 April 2006 to become the Serious Organised Crime Agency.

Subsequent to the Police Reform Act 2002 the NCS Service Authority reported directly to the Home Office and had nationwide and international jurisdiction. It did not handle security matters, referring such matters to the appropriate security service.

It primarily dealt with organised crime, major drug trafficking, murder for hire schemes, illegal arms dealing, human trafficking, computer and high tech crimes, money counterfeiting and laundering, extortion, kidnapping and murder relating to any of the above. Lastly, it augmented and supported regional forces throughout the United Kingdom.