After initial support for the refugess, opinion shifted 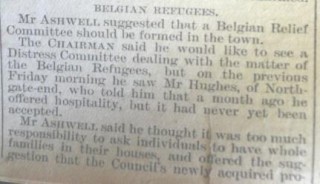 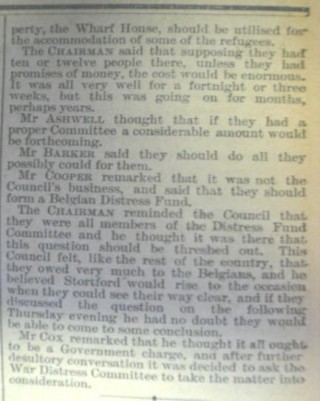 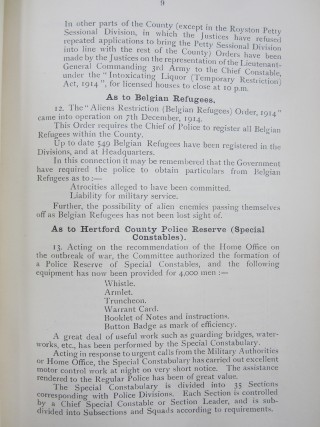 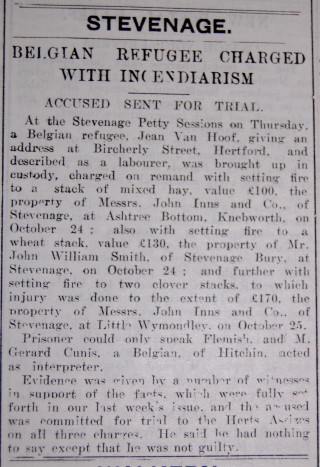 Look at the first the first three extracts from the Herts & Essex Observer. What was done in Bishop’s Stortford to help the Belgian refugees ?

From where were these efforts coordinated ?

What does this show you about attitudes to the Belgians’ situation at the start of the War ?

In the fourth item, what does Mr Ashwell suggest should be established and why ?

What were the concerns in relation to housing refugees ?

What was decided about the future of the proposed Belgian Refugee Committee ?

Now look at the Report of the Police Joint Standing Committee of January 1915. How many Belgians have been registered in the County ?

What are the police reminded to do ?

What are police also warned about and what does this reveal about how people think during times of war ?

Look at the last newspaper article. What has Jean Van Hoof been accused of ?

Who gave evidence and what did Van Hoof claim ?

Do you think that attitudes towards the Belgian refugees changed during the time they were in the UK ?

Can you find any evidence for this elsewhere ?