You are here: Home>Hertfordshire During the First World War Learning Resource>Friend or Foe?>In Case of Invasion

In Case of Invasion 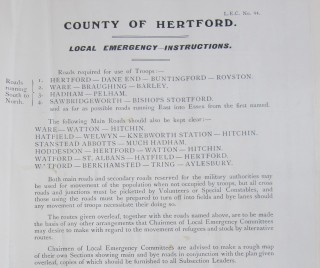 Read the two notices issued in case of a German invasion.

Look for the places / roads mentioned in the first document on a map.

Why was it important do you think to keep these roads clear ?

Why would it have been thought necessary to evacuate the population of Essex ?

The movement of the refugees mentions them being moved ‘through the County (Hertfordshire) as expeditiously as possible’ In other words Hertfordshire was not their final destination.

Why do think that was necessary ?