You are here: Home>Hertfordshire During the First World War Learning Resource>Take Cover!>Eyewitness Accounts of Air Raids 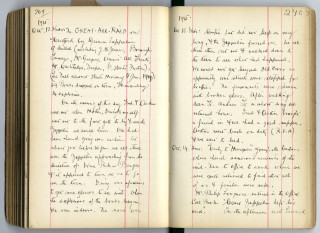 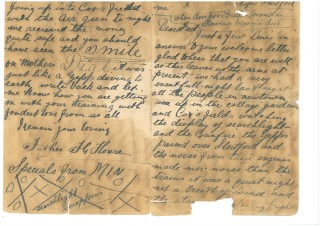 Reproduced with the permission of Mr G Hoare 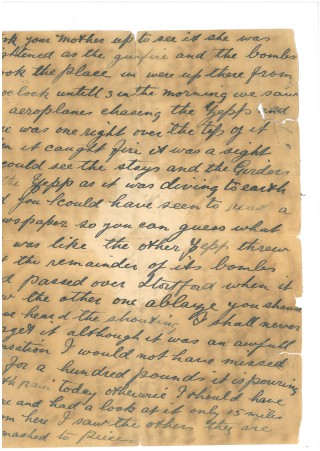 How many bombs were dropped by the German Zeppelin in the raid on Hertford ?

With whom did Norman watch the raid ?

What happened when Daisy went inside to get some glasses ?

After the Zeppelin had moved on, what did the three of them do ?

What did they find all over the pavements ?

Clearly, the family did not follow the official rules about what to do in an air raid. What would you have done ?

Read the letter to Fred from his father

Where did the people of Newtown go to watch the air raid ?

Why did Fred’s father say it was bright enough to read a newspaper ?

What impression do you have of what it would have been like to be there ?

How do you think Fred’s father felt about the Zeppelin raids ? What tells you this in his letter ?

How do you think it might have made Fred feel reading this letter ?