You are here: Home>Hertfordshire During the First World War Learning Resource>Women at War>Nursing on the Home Front

Nursing on the Home Front 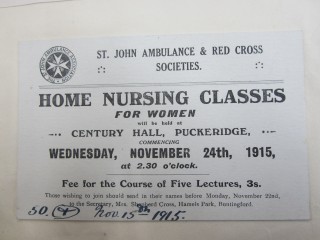 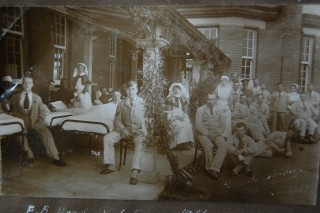 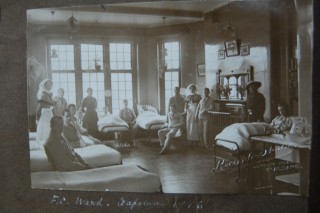 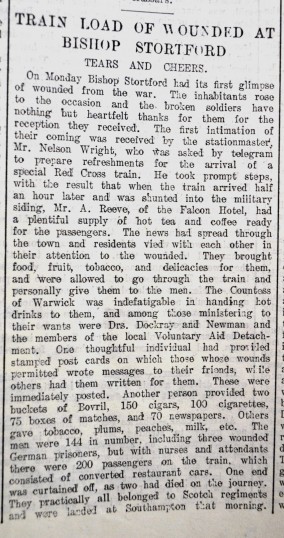 What is being offered by the St John Ambulance and Red Cross Societies ?

How long did the course last and what did it cost ?

What does this reveal about the War ?

The next two pictures show the Military Hospital at Napsbury near St Albans.  Look at the soldiers.  Can you learn anything about the soldiers from the expressions on their faces ?

Look at the second picture. What impression do you get of the hospital ?

These pictures have been taken by a professional photographer.  How can you tell ?

Why do you think these particular shots were created – and for whom ?

Look at the newspaper article. Who arrived where and on what kind of train?

What had been prepared at the Falcon Hotel for the soldiers on their arrival and how did the Countess of Warwick get involved with this ?

What did local people offer the wounded soldiers ?

Why had it been necessary to curtain off the end of one of the carriages ?

How do you think the soldiers would have felt on arrival in Bishop’s Stortford ?