You are here: Home>Hertfordshire During the First World War Learning Resource>Women at War>Entertaining the Troops 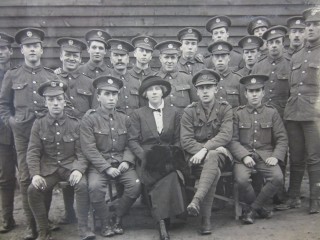 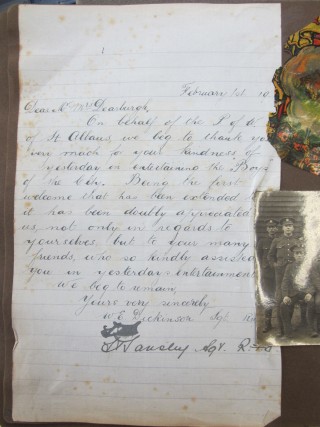 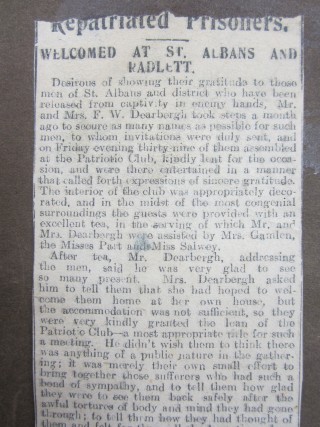 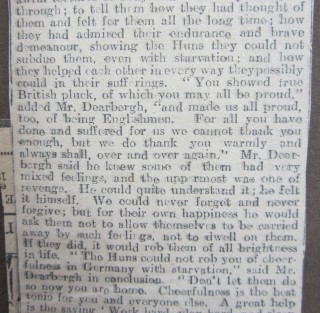 The picture on the left is of Mrs Dearbergh a VAD nurse, who put on an event to entertain a group of returning British prisoners of war.  What can you tell about Mrs Dearbergh from this photograph ?

Look at the men’s faces. Can you deduce anything about them from this picture ? How many are smiling?

Now look at the thank you letter which has been written on behalf of “The Boys”. When was this written?

Why are they so grateful to Mrs Dearbergh ?

Now look at the newspaper article which gives an account of Mrs Dearbergh’s event.

Where was the event held and what was served to the soldiers ?

Why was the event not held at Mrs Dearbergh’s home ? Do you think this is true ?

Mr Dearbergh addressed the men at the event. What did he say he admired about the soldiers ?

What was Mr Dearbergh’s warning to the soldiers now the war was over ?

What do you think the soldiers thought of this advice ?

How would you have reacted ?