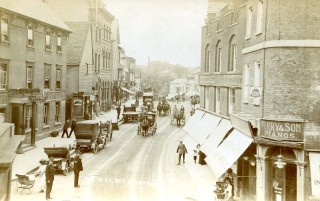 What had the two soldiers done ?

What was the damage ?

Who was the owner of the car ?

What enquiries did the police make ?

Were the soldiers caught ?

In the second document, what does Capt Archer asks local police to look out for ?

What have the soldiers been doing that was thought to be a ‘danger to the public’ ?

What does Capt Archer promise to do if the names of offending soldiers are sent to him ?

Why do you think drunken and reckless behaviour was common among young soldiers ?