You are here: Home>Hertfordshire During the First World War Learning Resource>Soldiers in Town>Christmas with the Troops

Christmas with the Troops 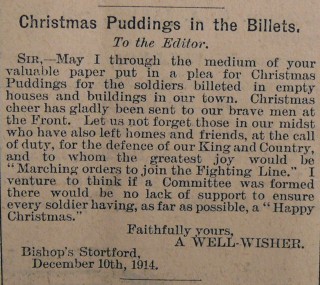 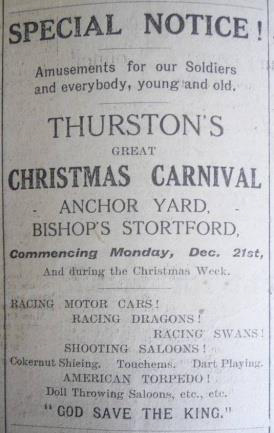 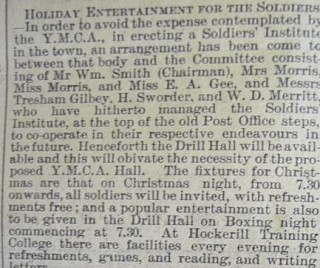 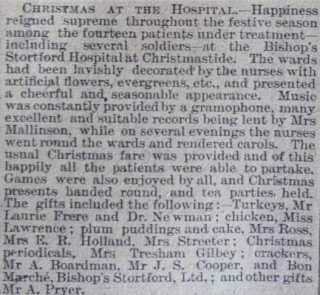 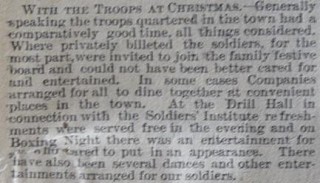 What is the anonymous well-wisher asking for in the first article ?

Why does he fear that these soldiers would be forgotten ?

In the second article, what entertainments are being put on for the troops ? (You may need to look some of these up !)

In the third article, what will soldiers be able to do on Christmas night and Boxing Day ?

In the fourth article, what entertainment was laid on for soldiers in the Bishop’s Stortford Hospital ?

What kind of presents had been donated ?

Look at the last article What usually happened to privately billeted soldiers at Christmas ?

What did some Companies additionally arrange for the troops ?

Despite all these efforts to entertain the troops, how do you think it really felt to be away from home at Christmas ?