You are here: Home>Hertfordshire During the First World War Learning Resource>Taking a Stand Against War>Frederic J Osborn, Conscientious Objector 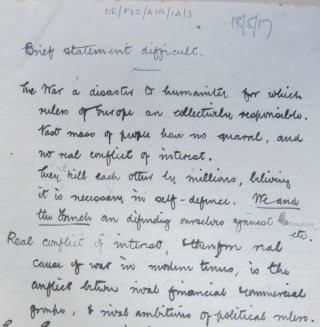 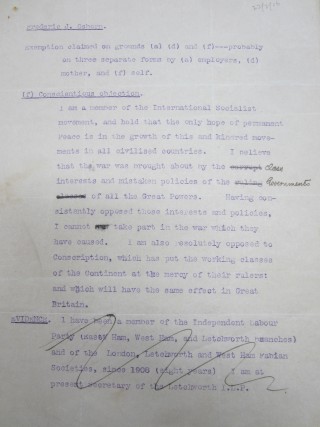 How does Frederic Osborn describe war ?

Who does he think is responsible ?

Why does he feel that war is pointless ?

What does he think the conflict is really about ?

Do you think there is a connection between Osborn’s involvement with the Garden City movement and his views on war ?

Have a look at the second item, written by Frederic Osborn in 1916. Where does he think the hope for permanent peace lies ?

How does he think the current War came about ?

What is his opinion of conscription ?

What do you think of Osborn’s views ?