She harboured a deserter, but showed that she was unaware 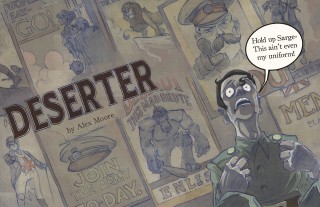 At the Cheshunt Police Court on 21st August, Kathleen Mather (25), a tipster, of Beechwood, Ware Road, Hoddesdon, was summoned (1) for harbouring a deserter, Walter Neville Rendell, between 27th May and 19th July;  (2) being the employer of a male person over 16 years and failing to notify the Recruiting Officer of the district;  (3) failing to obtain a signed statement by a lodger;  and (4) dispatching circulars etc contrary to the Paper Restriction Order, between 2nd and 11th July.  She pleaded not guilty to all the counts, which were taken separately.

Insp Moles, Hoddesdon, said that on 19th July, Private Walter Neville Rendell came to the Hoddesdon Police Station and surrendered himself as a deserter from the 5th Lancers, stationed at Curragh.  He was brought before a Magistrate the following day and, after admitting that he was a deserter, was handed over to an escort.  At 1 a.m. on 20th July, in consequence of what Rendell said, the witness went to Beechwood and saw the defendant and her husband who is a soldier in the Duke of Cornwall’s Light Infantry.  He told her he was making enquiries about a man named Rendell, and asked who was the tenant of the house.  She replied  “I am, and I carry on the business of a tipster”.  He asked if she had a suit of khaki belonging to Rendell, and she replied  “Yes”, and brought a suit of khaki from upstairs.  She also stated  “Rendell has been living with me from 27th May to 19th July and, previous to that, he lived with me at Peckham”.  He asked her whose clothes Rendell was at present wearing and she replied  “They are my husband’s.  I employ this man to work for me as a clerk and I pay him £2 10s a week and board him”.  He asked if she had a ration card for him and she replied  “No, as he is living here under the name of Wheeler.”  He asked her why that was and she said  “Because he does not want his wife to know his whereabouts.  I did not know he was a deserter.”

PC Watler corroborated Insp Moles.  The defendant said  “This man has been exploiting me for his own purposes.  He came to me in November, and he was then wearing khaki.  He later told me he had got his discharge papers.  He showed the papers to friends of mine in town.  He was absolutely without money and estranged from his wife.  As he knew something about the business I intended taking over, I told him he could look after the business.  I moved to Hoddesdon for the sake of my health and let him come with me.”  The defendant called George Harris and Alfred William Eyles, both of whom said they had seen the discharge papers.

Mr Richard Thorne, of the Ministry of National Service, Hertford, said that the defendant had never sent in the form D.R.17 to show that she had a male employee over 16 years.  The defendant said  “I didn’t think it was necessary to register an employee.  I have never employed anyone before in my life.”  As regards the summons for failing to obtain a signed statement from the lodger, the defendant said that she did not look upon Rendell as a lodger, but as a friend who was staying with her.

Mr F.W. Hamilton, Postmaster of the Waltham Cross district, which includes Hoddesdon, produced three letters from the Postmaster General.  They were undelivered and returned to the dead letter office, and were sporting circulars addressed by the defendant.

The Bench dismissed the summons for harbouring a deserter, but the defendant was fined £15 for dispatching circulars, and £5 on each of the other summonses.